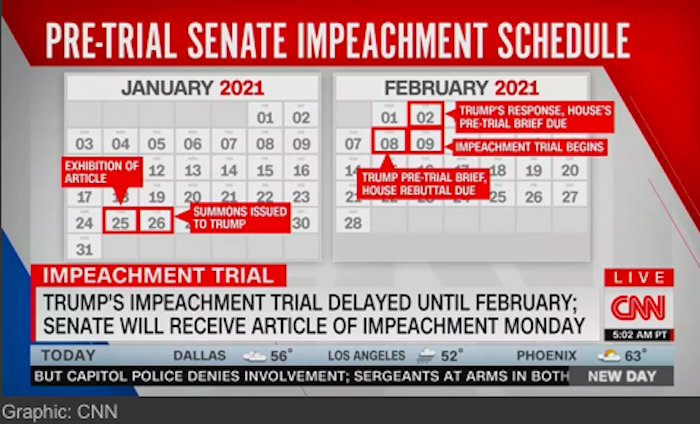 The Articles of Impeachment passed by the House of Representatives will be delivered to the Senate on Monday, January 25th. But by agreement between Majority Leader Schumer and Minority Leader McConnell, the actual Senate trial will not start until February 9th.

In the first impeachment trial of Trump, the Republicans in the Senate remained behind him. Only one GOP senator (Mitt Romney) voted for an Article of Impeachment. This one will be different.

Instead of urging senators to back Trump, as he did in the first trial, McConnell has said he will leave it up to each individual GOP senator to vote their conscience -- and he might even vote to convict. There are at least 5 GOP senators that will likely vote to convict, and there might be as many as 17 (the number needed to convict when added to the Democratic votes).

Some of that pressure is coming from former Republican members of Congress. Some of them wrote an open letter to current Republican senators. That letter, and the former members who signed it, is shown below. 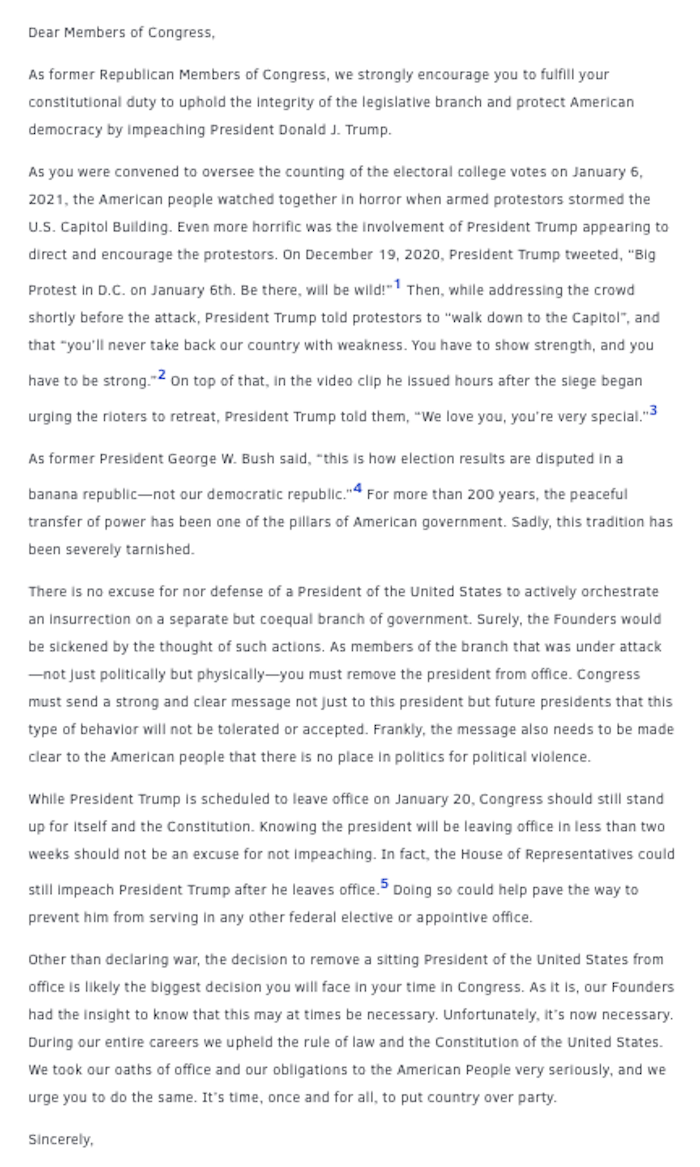 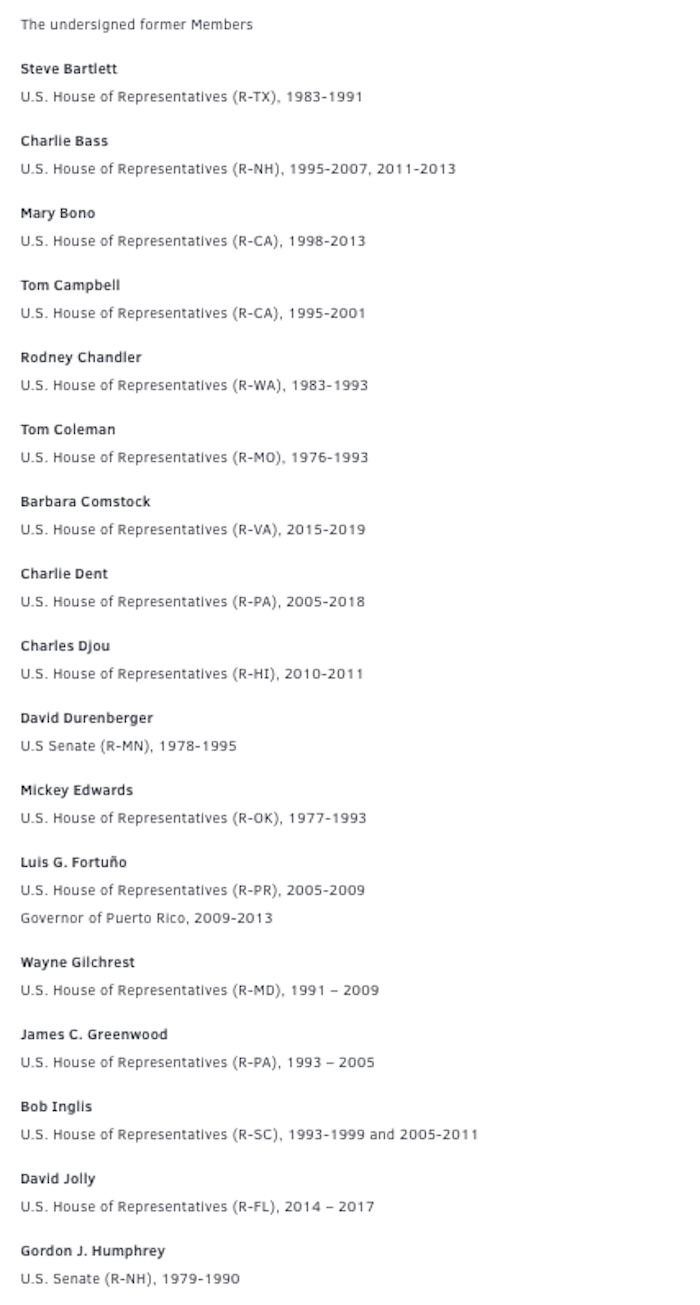 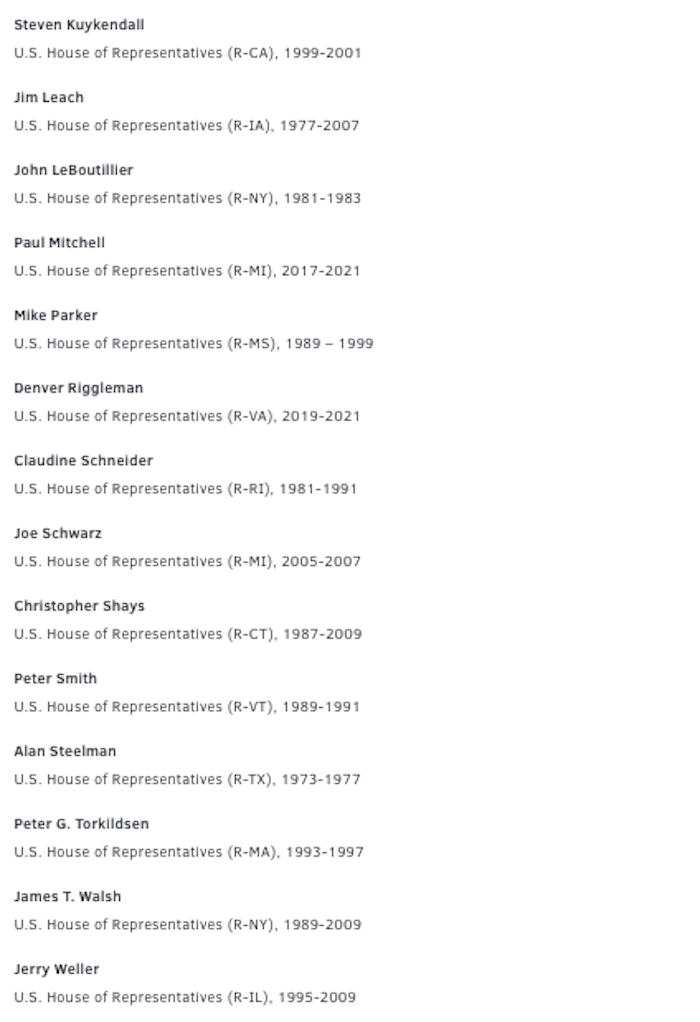