Congressional Approval Is Higher Than It's Been Since 2009 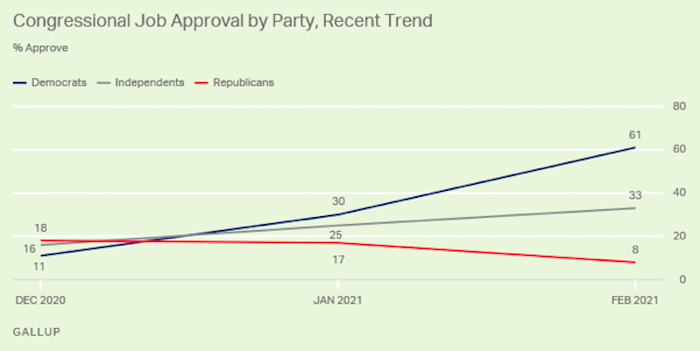 The charts above are from the Gallup Poll. The survey was done between February 3rd and 18th of a national sample of 1,021 adults, with a 4 point margin of error.

Only Republicans have congressional approval that has gone down -- from 18% in December to 8% currently.