Each Generation Has Been More Willing To ID As LGBT 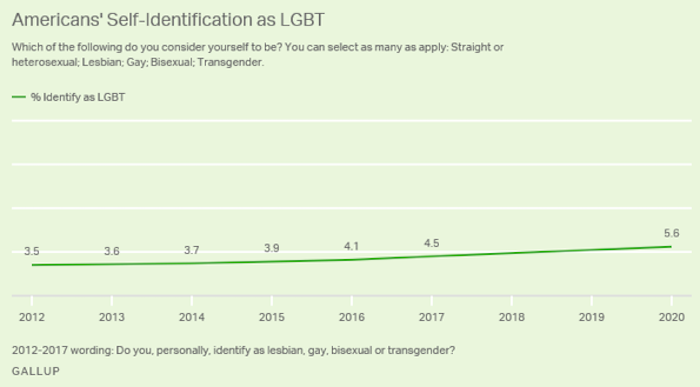 The charts above are from the Gallup Poll. They show that the number of Americans willing to identify as members of the LGBT community is growing each year. In 2012, that number was only 3.5% of the population. By 2020, that had climbed to 5.6%.