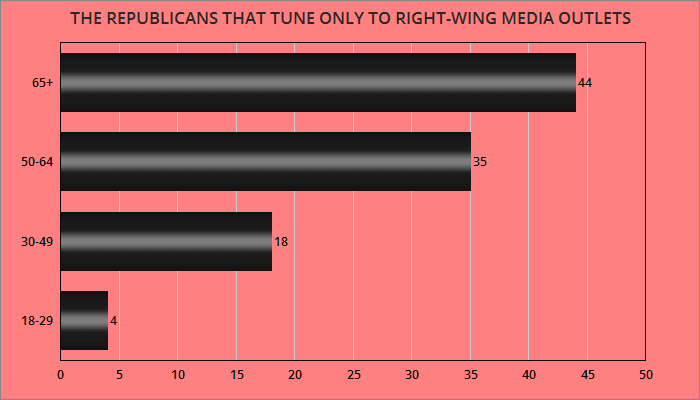 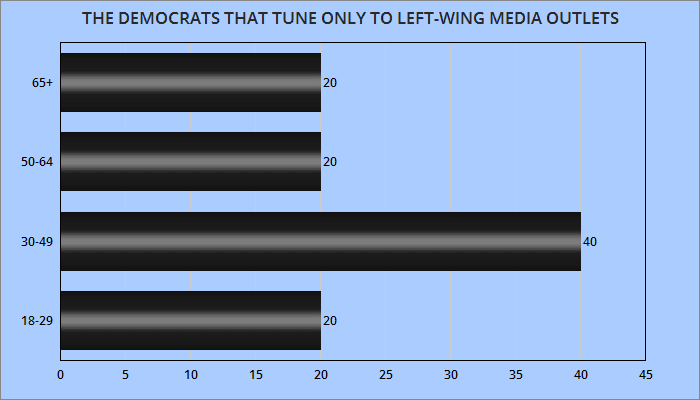 The charts above reflect what the Pew Research Center found in a survey of who watches certain media site.

This 25% (in both parties) are the more hardcore party members -- those activists who do most of the work for the parties.

But there's a big difference between the parties when you look at the ages of these two 25% groups. The Republican group is made up of mostly older people, while the Democratic group is mostly younger people. About 79% of Republicans were over the age of 50, while only about 22% were under 50. About 40% of Democrats were over 50, while about 60% were under 50.

In general, those numbers are better for the Democrats than the Republicans.