GOP Opposes The Relief Bill (And The Wishes Of U.S. Public) 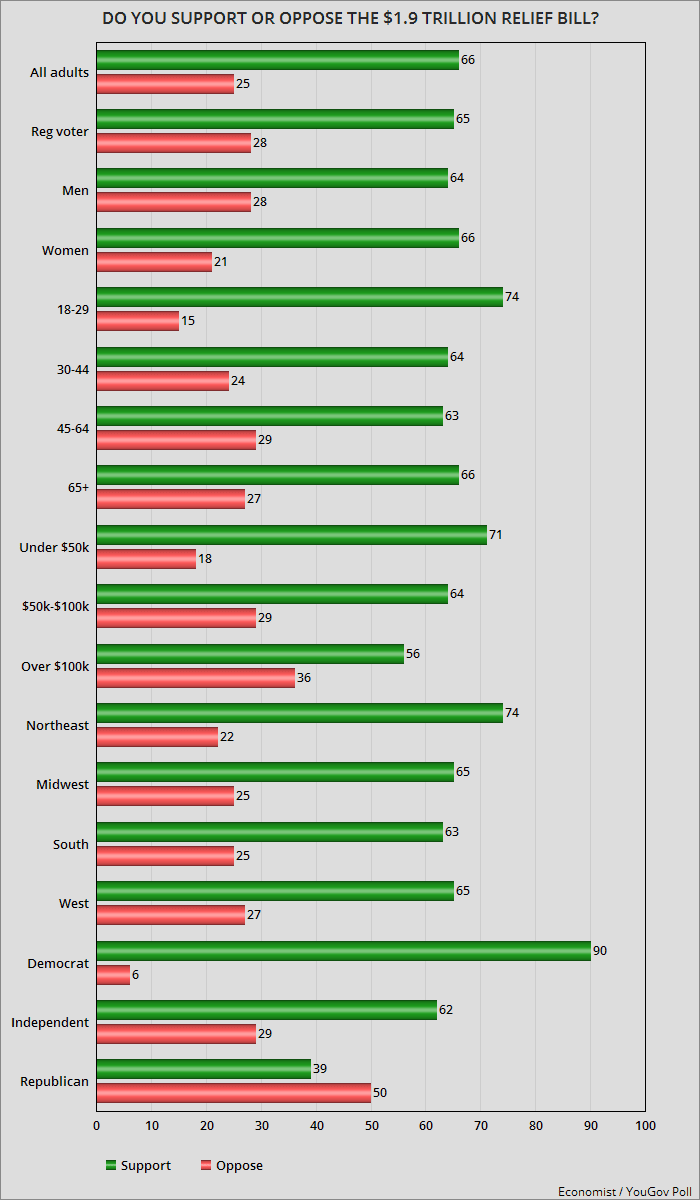 When the relief bill passed the House of Representatives, every single Republican voted against it. Now it is in the Senate, and once again, it looks like every Republican will vote against it. When asked, most Republicans say they don't think their opposition will hurt their electoral chances in 2022.

I think they are wrong! The American public overwhelmingly supports President Biden's relief bill. And you can bet that Democrats are going to repeatedly remind voters that Republicans voted against the bill when the next election rolls around.

The Republicans didn't mind adding over a trillion dollars to the debt when it came to cutting taxes for the rich and the corporations, but now they claim we can't afford to help ordinary Americans get through the pandemic. This clearly shows who they care about, and who they don't care about. They care only for the rich, and don't care about the bottom 90% of Americans.

The chart above shows the overwhelming support for the relief bill. It shows the results of the latest Economist / YouGov Poll -- done between February 19th and 22nd of a national sample of 1,500 adults (including 1,201 registered voters). The margin of error for adults is 2.7 point, and for registered voters is 3.0 points.