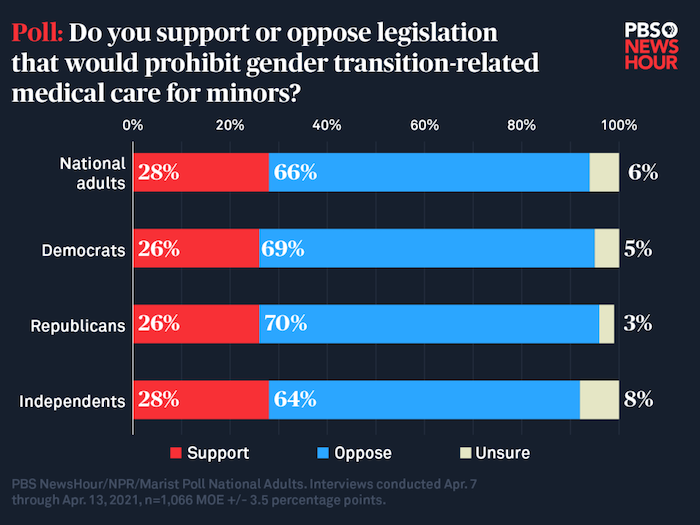 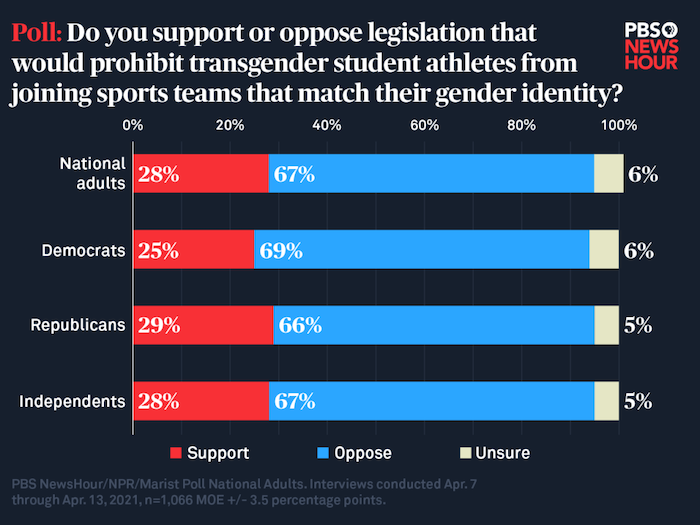 Republicans love to play on the fears of their supporters. And they have found a new group they believe they can discriminate against to get votes -- the transgender community. Republican legislatures in several states are passing laws that make it legal to discriminate against them -- especially those who are children.

But they are once again making a mistake. Their right-wing evangelical base make love these new laws legalizing discrimination, but this new poll shows that most Americans do not. They want all Americans to enjoy the same right.

The charts above are from the new PBS NewsHour / NPR / Marist Poll -- done between April 7th and 13th of a national sample of 1,066 adults, with a 3.5 point margin of error.