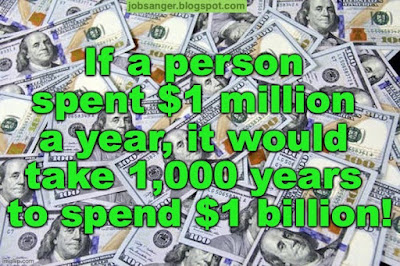 The following post is by Lauren Elizabeth at Medium.com:

As bad as the pandemic has been, and the economic and public health crisis that ensued, there’s no denying there were many lessons to be learned from it as well. I along with countless others have argued that it exposed every flaw and crack in the foundation of the dying American empire, and the failure of the institutions theoretically in place to be there for the American people during times of crisis. Whether it be the necessity of Medicare for All or a more robust safety net to help people who have lost their jobs, perhaps one of the most significant lessons from this pandemic comes from the nation’s richest elite, and the drastic differences in the way it affected their bottom lines as opposed to virtually everyone else.

Yes, billionaires are sociopaths. All of them.

For decades while the wealthy tightened their grip on our government and the nation’s economy, we’ve been told by Republican politicians and outlets like FOX News that with a little hard work and determination, we can be as successful as they are. Why demonize, when we can learn from them and aspire to achieve their standing? We’ve been conditioned to view the billionaire class as heroes, as opposed to the villains. When looking for an example as to why that could not be further than the truth, one need only look as far as Amazon’s Jeff Bezos, the richest man on Earth.

For the sake of curiosity, I looked into Bezos’ net worth and did a little math just to get a sense of how much money that man is truly worth.

And we’re expected to believe he earned that kind of money just from a little extra hard work and picking himself up by the bootstraps?

Then of course, there’s Elon Musk, founder of SpaceX and Tesla and one of the richest men on Earth, who literally pushed a coup attempt in Bolivia because he wanted the country’s Lithium.

It should go without saying that I and countless others no longer have the patience for the narrative that Billionaires got what they have because of some extra intelligence and a little hard work. It takes greed, a lack of conscience, exploitation of workers and resources, and an insatiable desire to have more at the expense of everyone else in order to attain that type of money. It is virtually impossible to spend a billion dollars in a lifetime, so that alone should leave people questioning why it is that the world’s richest are never satisfied with what they have.

Jeff Bezos is the richest man in the world, and yet his company spent millions to ensure his workers in Bessemer Alabama would vote against unionizing. His drivers defecate in bags, urinate in bottles, and are monitored for how much they yawn. It takes a unique, unfeeling, callous individual to willingly profit off of those types of conditions, and it will never cease to amaze me that the American people have been conditioned so heavily to celebrate someone like him instead.

Billionaires depend on that propaganda. They depend on the idea that we see them as “job creators” as exposed to thieves of labor, wages, and time. They depend on the idea that the American people won’t take that wealth back from them if they’re fed this notion, however ridiculous, that someday it will be them in their position. Someday, they can have that, too. Arguably among the many reasons why that’s not true is most people don’t have the complete and utter lack of conscience it requires to get there. The conscience to steal and cheat those who work for them, exploit resources, and pursue profits no matter the cost.

So no, we’re not all going to be billionaires, and we shouldn’t want to be.

Let’s tax them out of existence instead.