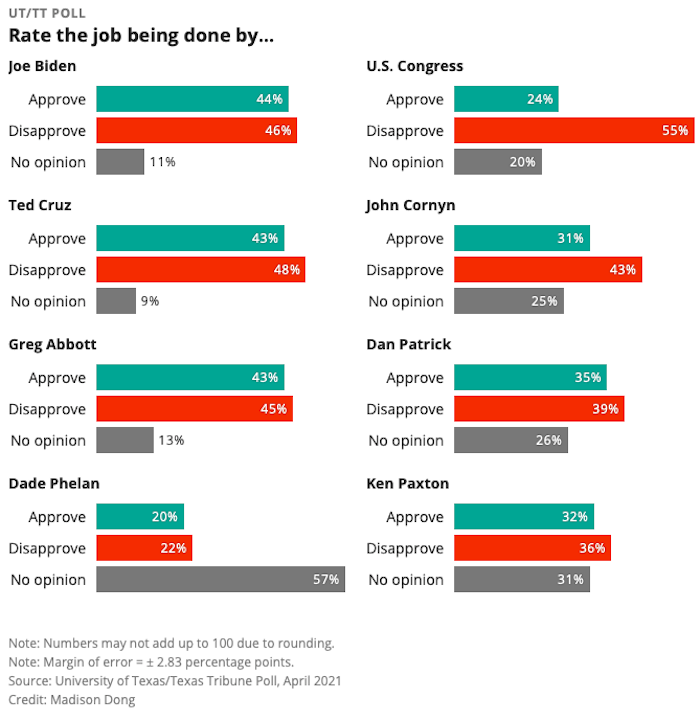 This chart is from the latest University of Texas / Texas Tribune Poll -- done between April 16th and 22nd of 1,200 registered voters in Texas, and has a 2.83 point margin of error.

It shows that Texas voters approve of the job President Biden is doing at least as much as they approve of the Republican officials elected in the state.

For those of you not familiar with Texas state politics -- Abbott is the governor, Patrick is the lt. governor, Paxton is the Attorney General, and Phelen is the speaker of the house. Cruz and Cornyn are the U.S. senators from Texas.