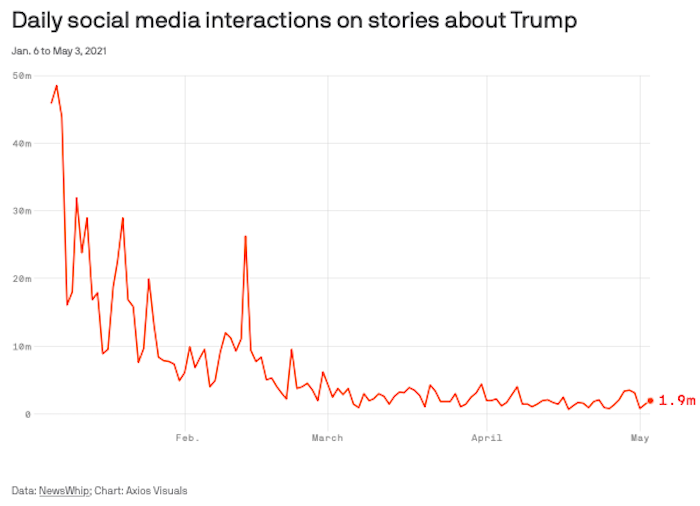 Social media interactions about former President Trump have fallen 91% since January, according to exclusive data from NewsWhip.

When Trump lost his social media accounts, he lost his once-immense power to put himself at the center of Americans' attention.

Clicks to Trump stories fell 81% from January to February, another 56% from February to March and 40% from March to April, according to exclusive data from SocialFlow.