U.S. Mint To Feature American Women On The Quarter 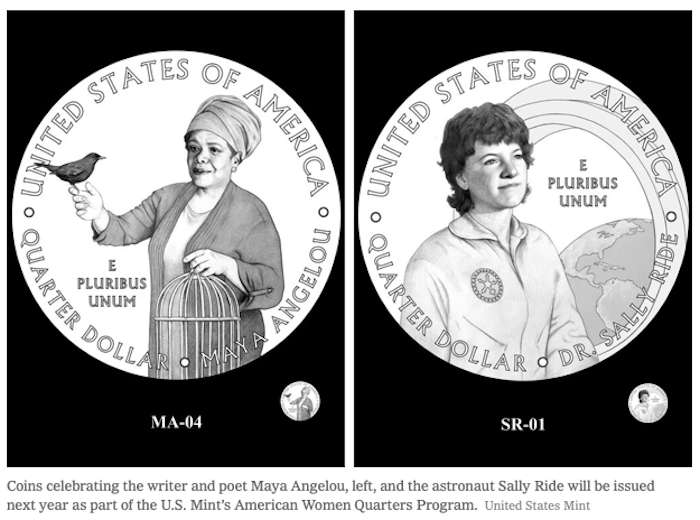 Over the next four years, famous American women are going to be featured on the quarter by the U.S. Mint. The first two women to be on the quarter are shown above. They are poet Maya Angelou and astronaut Dr. Sally Ride.

As many as 20 women will be chosen to be on the quarter in the next four years. Future honorees have not yet been chosen. Treasury Secretary Janet Yellen will make the choices after consulting with the Smithsonian Institution's American Women's History Initiative, the National Women's History Museum, and the Congressional Bipartisan Women's Caucus. No living women will be chosen.

Secretary Yellen is asking the public to submit suggestions for future honorees, and that can be done at this website.