64% Say Racism Against Blacks Is Widespread In The U.S. 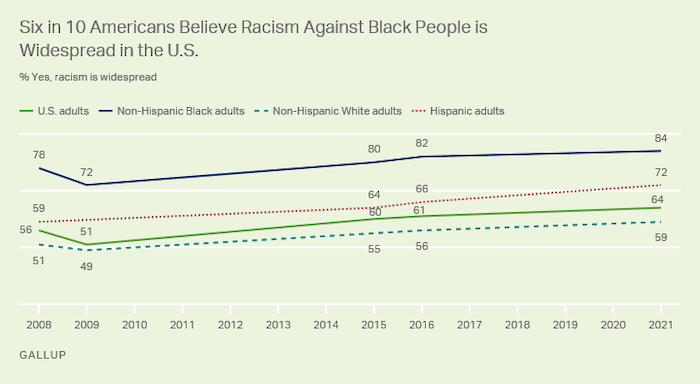 The chart above is from the Gallup Poll. Their survey was done between June 1st and July 5th of a national sample of 1,381 adults, and has a margin of error of 3 points.

It shows that 64% of adults believe racism is widespread in the United States (including 84% of Blacks, 72% of Hispanics, and 59% of Whites).

The chart below shows that folks from all three groups believe racism has gotten worse over the last few years in the different situations. This is especially true in dealings with the police, where the feeling among adults that there is unfairness from police has risen from 34% in 1997 to a current level of 55%. 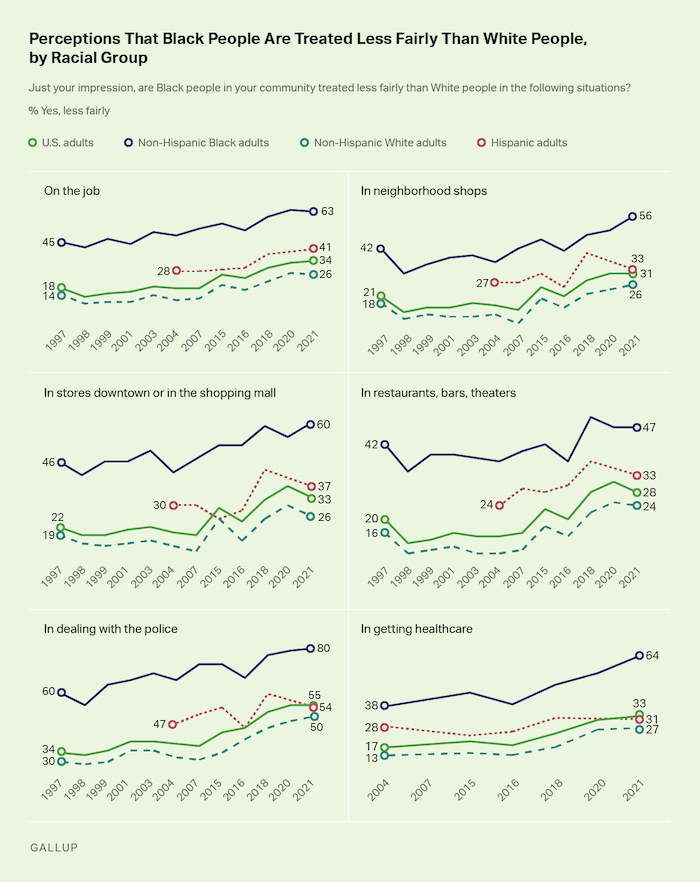