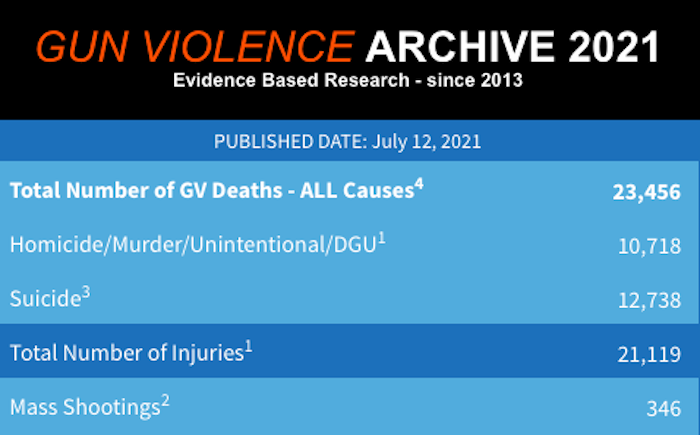 While our politicians continue to ignore the problem, both gun deaths and mass shootings are on pace to set new records this year in the United States. It doesn't have to be this way. No other developed nation has anywhere near this kind of epidemic problem with gun violence.

The sad part is that there are measures that could be taken to at least partially fix the problem and save many American lives -- and those measures do not violate the Second Amendment of the U.S. Constitution.

Currently, there are giant holes in the background check law -- holes big enough to allow anyone who wants a gun to get one (or more), and that includes criminals, the dangerously mentally ill, and those on a terrorist watch list. About 90% of the U.S. population (including gun owners) want those holes plugged so that anyone buying a gun (even in a personal sale) must clear a background check. But our politicians (especially the Republicans) won't even do that.

Majorities of the public also want stricter gun laws, and want assault weapons (and massive ammo clips) to be banned. Neither is even being discussed in Congress.

Easy gun access is not more important than American lives. We can have rational laws that will allow law-abiding Americans to own a gun and save lives. But to do that, we are going to have to get rid of the politicians who have sold their vote to the gun lobby.