McCarthy Tries To Harm Jan. 6th Committee With His Picks 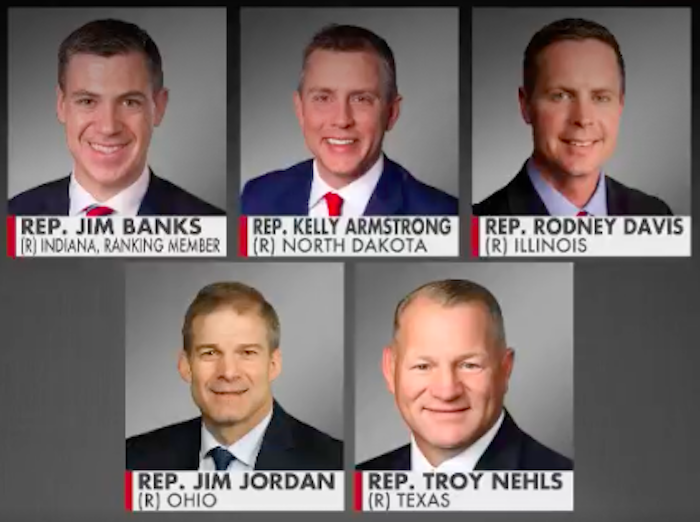 We have known who the Democrats were on the January 6th Investigation Select Committee for a couple of weeks now, and one Republican (Liz Cheney - picked by Speaker Pelosi). But Minority Leader McCarthy has dragged his feet in choosing the five Republicans who will join the committee.

He has finally made his choices, and it seems obvious that he has picked members that will obstruct rather than investigate the January 6th seditious riots. His choices are Joe Banks (Indiana), Kelly Armstrong (North Dakota), Rodney Davis (Illinois), Jim Jordan (Ohio), and Troy Nehls (Texas).

I have no quarrel with Armstrong and Davis. They voted against impeaching Donald Trump, but did vote to certify the 2020 election results. I disagree with them on almost all policy matters, but we need five Republicans on the committee, and they are probably as good as can be expected among available Republicans.

The same cannot be said of the other three picks. All three of them not only voted against impeaching Trump, but also voted against certifying the results of the 2020 election. They were among the people who supported Trump's big lie, and in effect, gave their blessing to the rioters who wanted to stop the election's certification.

Jordan is the worst one of all. He doesn't seem to think his job is to legislate for the good of the country. Instead, he is a bomb-thrower -- trying to obstruct and destroy the legislative efforts of others. He has no business being on this important committee.

At the very least, Speaker Pelosi should ban Jordan from serving on the committee, and personally, I think she should also ban Banks and Nehls. They weren't picked to help find the truth, but to prevent the truth from being revealed.