8% Say Violence Justified To Put Trump Back In Office 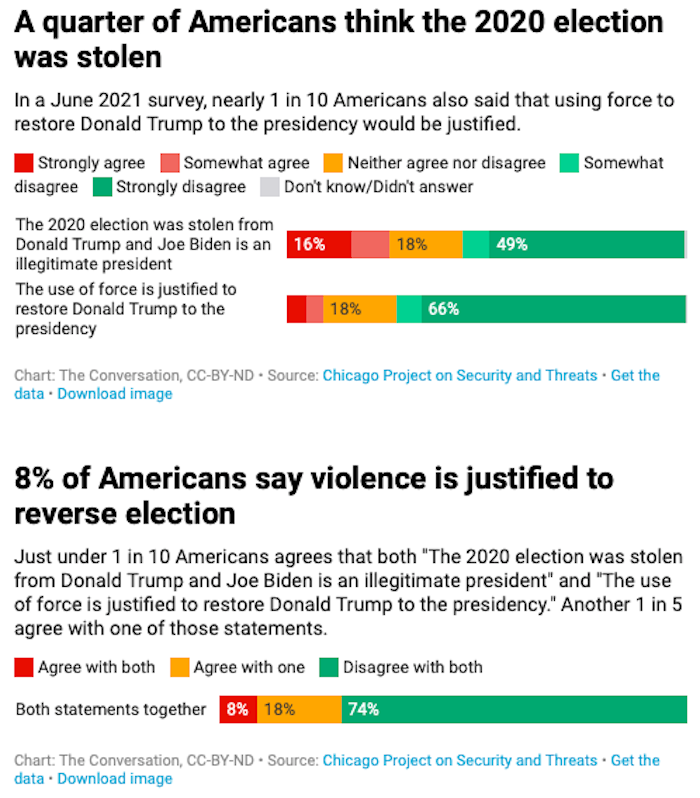 The charts above are from the University of Chicago / NORC Poll. The survey was done in June of this year of a representative sample of 1,070 adults nationwide.

It shows that about a quarter of the population believes that the 2020 election was stolen from Donald Trump, and about 8% say violence would be justified to return him to the White House.