92% Of Texas Voters Worry About The State's Future 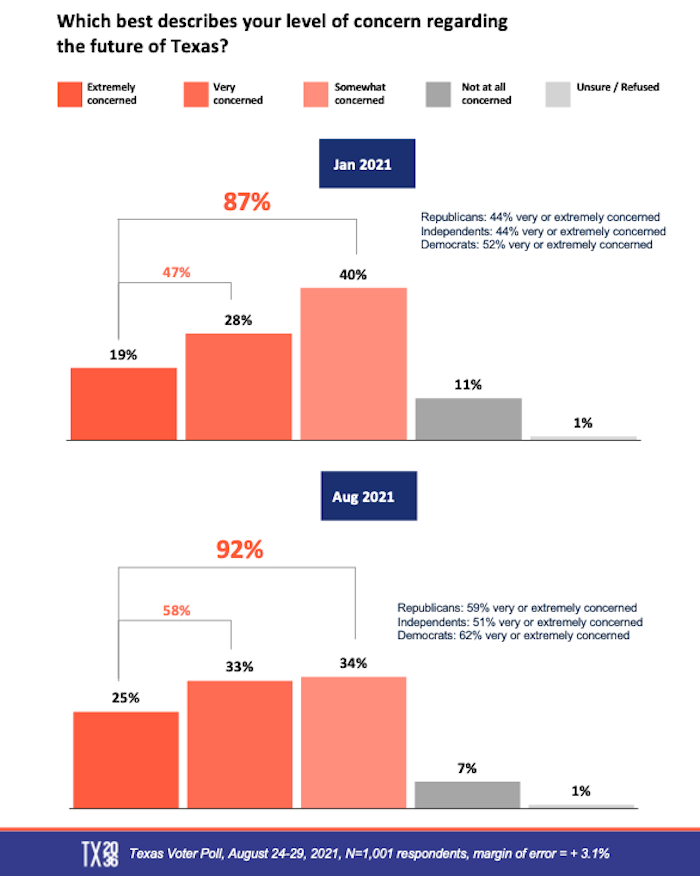 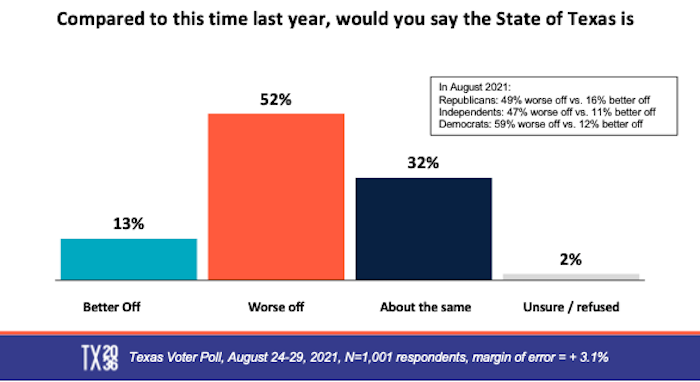 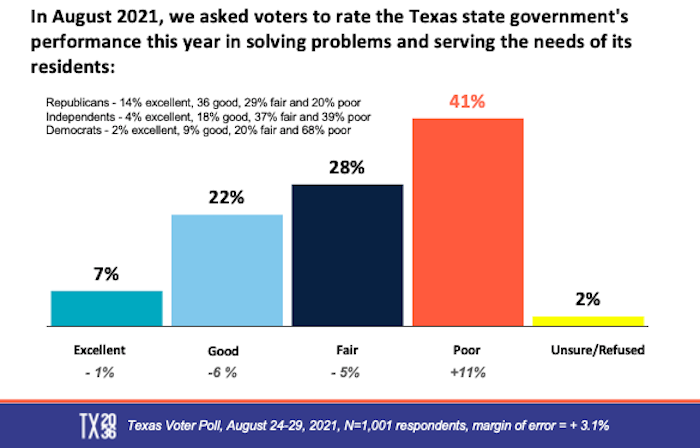 It shows that 92% of Texas voters are worried about the state's future -- up from 87% in January. And 52% say the state is worse off now than it was at this time last year. The voters are not happy with the performance of the Republican-dominated state government, with 69% saying it was only fair (28%) or poor (41%).