Mass Shootings Still On A Record Pace In U.S. This Year 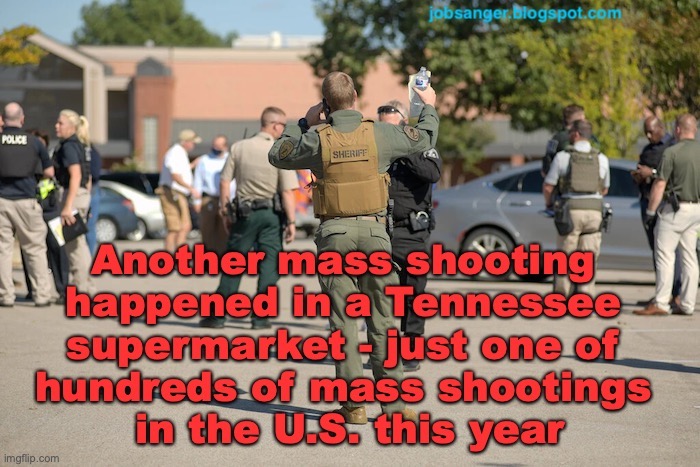 The national news media is reporting another mass shooting. This time it was in a supermarket in Tennessee, where a shooter killed one person and injured at least 14 others. He then killed himself.

If you only got your news about mass shootings from the national news media, you might think this is a rare occurrence. That is far from the truth. The Gun Violence Archive reports that there have been 518 mass shootings in the U.S. this year. With slightly more than three months to go in the year, it looks like the mass shootings will easily top the record number from last year (610).

There have been 32,612 deaths from gun violence in the U.S. this year. That also could easily top the 43,500 gun deaths from last year.

This does not have to happen. Constitutional laws could be passed that would substantially reduce the number of mass shootings and gun deaths -- and the public supports that.

BUT CONGRESS CONTINUES TO DO NOTHING!