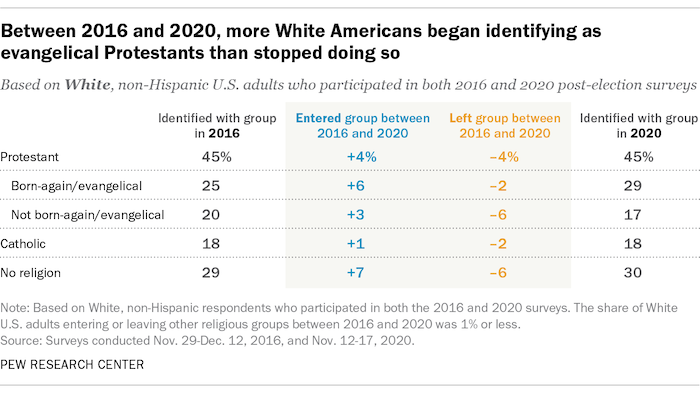 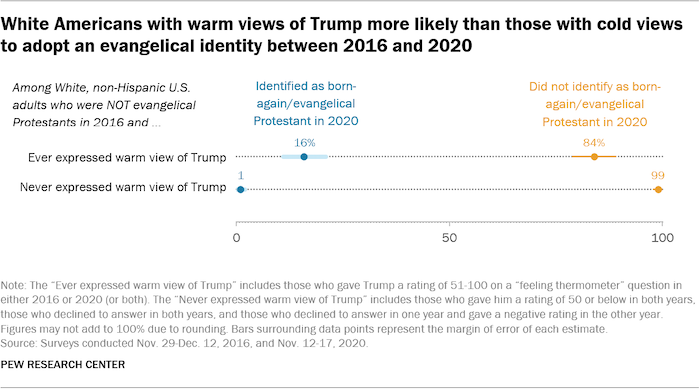 The charts above are from the Pew Research Center. They compare the religious groups in 2016 to those after the 2020 election.

But the protestant groups were different. The born-again evangelicals actually grew from 25% to 29%, while those not claiming to be born-again dropped from 20% to 17%.

As the second chart shows, most of the growth for born-again evangelicals came from white Trump supporters.