U.S. Public Doesn't Like The New Abortion Law In Texas 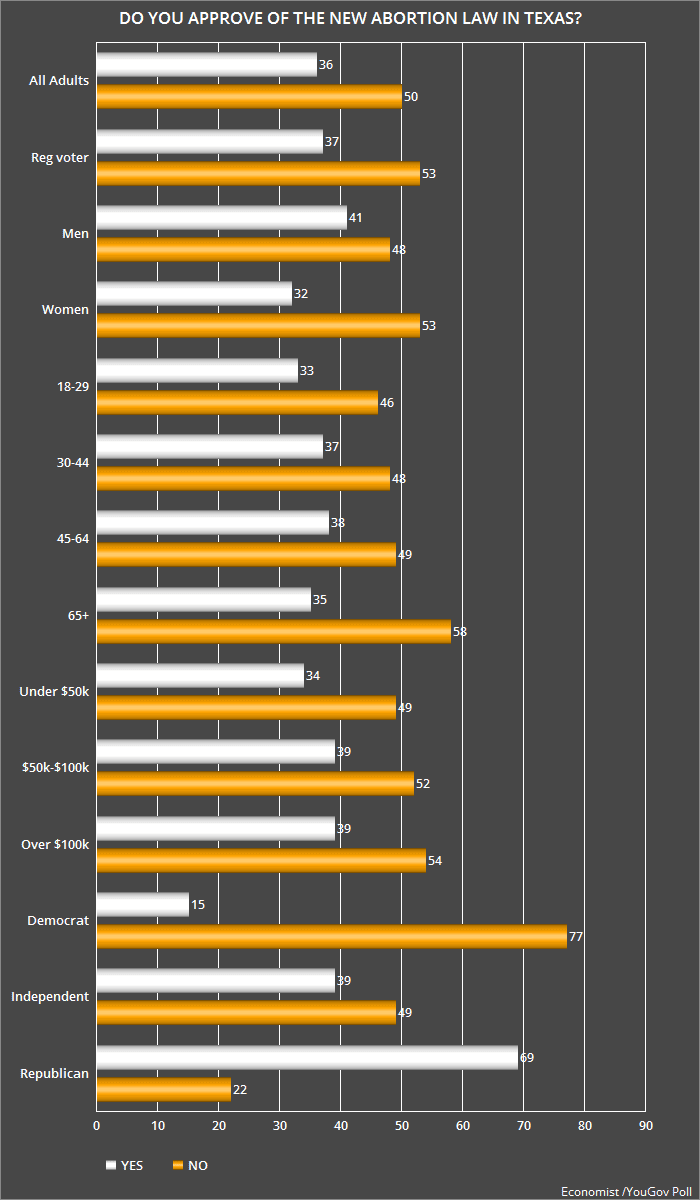 The chart above reflects the results of the new Economist / YouGov Poll -- done between September 26th and 28th of a national sample of 1,500 adults (including 1,246 registered voters). The margin of error for adults is 2.7 points, and for registered voters is 2.9 points.

A new abortion law has been passed in Texas, and the Supreme Court allowed it to go into effect. It lets anyone (even those in other states and those not affected by the abortion) to sue in court for a minimum of $10,000. And they can sue anyone who "helps" a woman to get the abortion (which could include a person who just gave her a ride to the abortion clinic). Now some other red states are looking to copy the Texas law.

But the general public doesn't like the law. All adults oppose the law by a 14 point margin, and registered voters oppose it by a 16 point margin. Only one group supports the law -- Republicans.