The Good And Bad News For Social Security Recipients 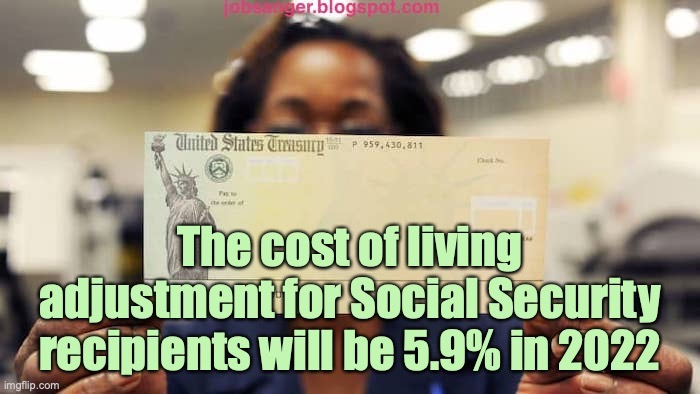 The good news for Social Security recipients is that the government has announced the cost-of-living-adjustment for next year. It will be 5.9%. That's the largest increase in nearly four decades (since 1982).

Now the bad news. The two biggest expenses for most Social Security recipients are food and medical expenses. The food inflation alone will eat up most of the increase, and medical expenses rose by a whopping 7%. Together, just these two expenses will put seniors further behind in spite of the significant increase.