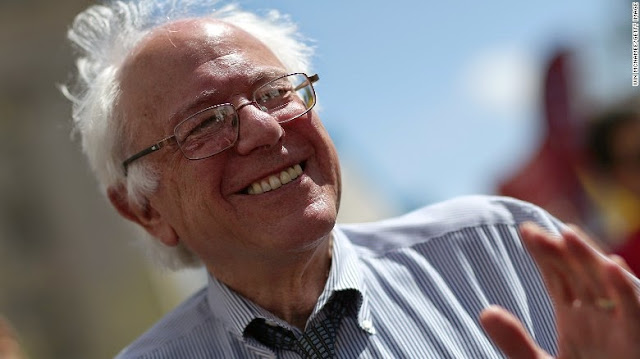 (This photo of Bernie Sanders is from CNN.)

On Tuesday, Senator Bernie Sanders of Vermont announced he was running for the Democratic presidential nomination. This is no surprise to anyone. Back on April 30th, he told everyone he was a candidate for that nomination (and started collecting campaign funds). Tuesday was just the "official" announcement.

I know a lot of my progressive friends like to think Democrats will flock to the Sanders candidacy, and that he will be able to raise the money to run an effective campaign. I doubt it though. Currently Hillary Clinton is extremely popular among Democrats nationwide, and is sitting on a huge campaign chest.

Will Sanders' official announcement start that flood of voters to support him. Probably not. The chart below shows the results of the three national polls that have been taken on the Democratic race since Sanders' first announcement -- a YouGov Poll, a Public Policy Polling survey, and a Fox News Poll. That announcement didn't cost Clinton any support, and this one won't either.

If Sanders is to have any chance in this race, it will be in the Democratic debates. Almost immediately after Sanders announced in April, Clinton generously agreed to participate in three debates. I expect millions of Democrats nationwide will be watching those debates, and that will be Sanders' best chance to win them over.

But Hillary Clinton's popularity is not Sanders' only problem. Martin O'Malley says he will announce his own candidacy next Saturday -- and he will be trying to win over the same liberals that Sanders is going after. If they split that vote, it will be bad news for both of them. 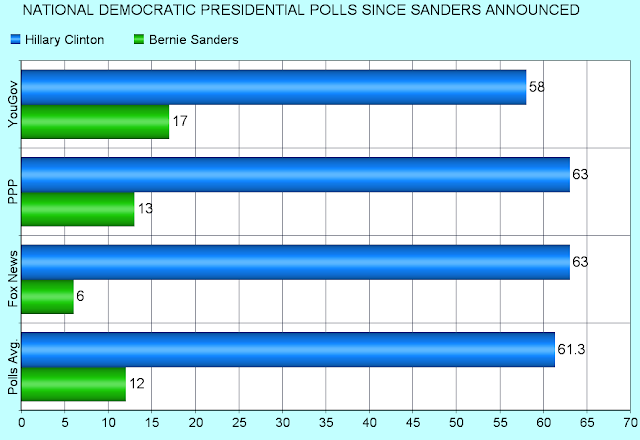