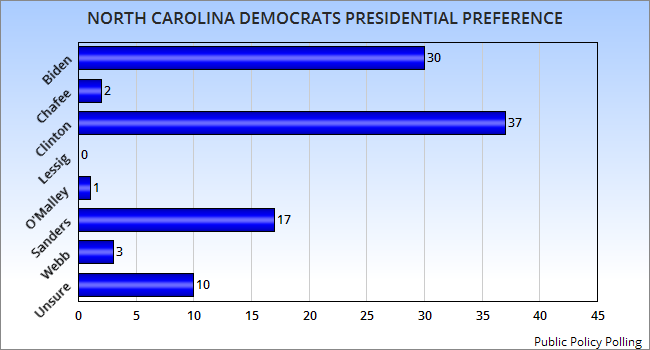 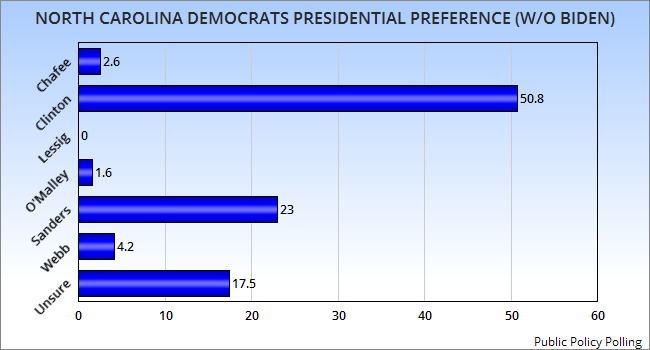 This poll shows Hillary Clinton with only a 7 point lead -- but that lead is over Joe Biden (who is not even a candidate). Her lead over Bernie Sanders was 20 points -- and when Biden is not included in the choices, that lead of Clinton over Sanders jumps to 27.8 points. Sanders is just having trouble getting any traction in North Carolina -- getting only 17% support among Democrats, and only 23% support without Biden being considered.

This could always change after the first Democratic debate (which is about two weeks away), but I doubt it will. Both Clinton and Sanders are excellent debaters, and I doubt either will score a huge victory.

On the Republican side, there are four candidates in double figures in North Carolina -- Donald Trump with 26%, Ben Carson with 21%, Carly Fiorina with 12%, and Marco Rubio with 10%. The really amazing thing, for me, is how far Jeb Bush has fallen. He has only 5% support, which puts him in seventh place -- behind Ted Cruz with 9% and Mike Huckabee with 6%. Bush is looking more and more like an "also ran". 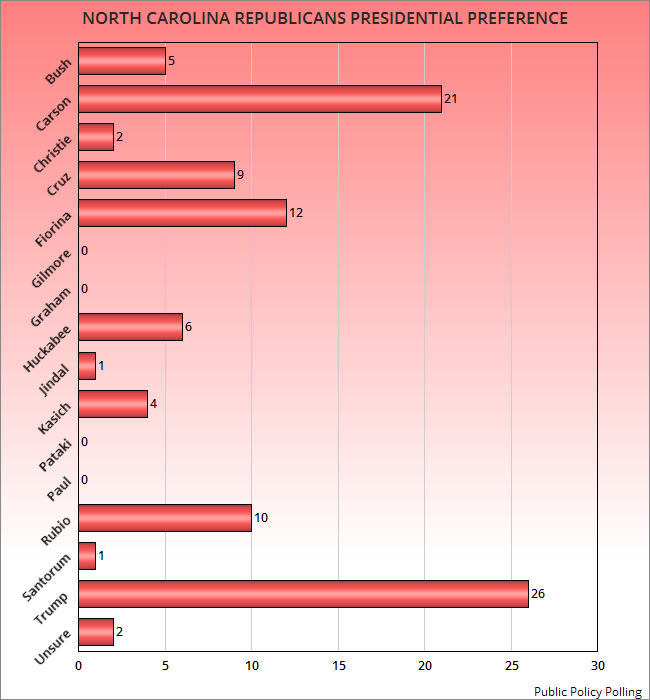