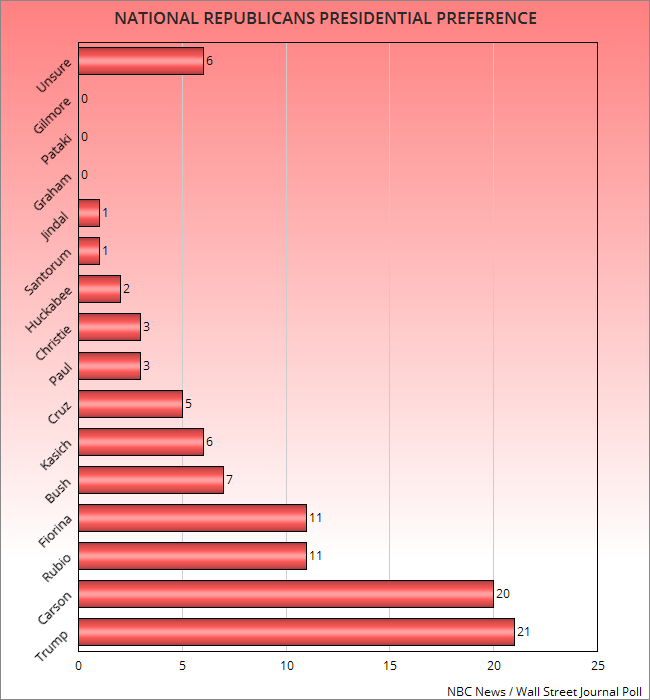 These charts are made from a new NBC News / Wall Street Journal Poll -- done between September 20th and 24th of a random national sample of 230 Republican voters and 256 Democratic voters. The margin of error for Republicans is 6.5 points and for Democrats is 6.1 points.

The margin of error is fairly large for this poll, but if it is to be believed, a couple of interesting things may be happening. The first would be that Donald Trump may have leveled off -- and could even be slightly dropping. He only scores 21% support in the poll, lower than in any other recent poll, and is only a single point in front of Ben Carson (which considering the margin of error would mean they are actually tied). Rubio and Fiorina tied for third place, with both finishing with 11% support.

On the Democratic side, could Bernie Sanders finally be gaining support again? All recent polls have shown him stuck in the mid-twenties, but this poll shows him at 35% (only 7 points behind Hillary Clinton). Of course that is with Biden in the race (which he isn't). Taking Biden out of the mix increases Hillary's support to a majority again (53%), and increases her lead to 15 points.

Is this poll correct? Is Trump losing support and Sanders gaining support? I'm not sold on either yet. The poll could be an outlier (because of the small sample). We'll just have to wait and see what some other new polls show. 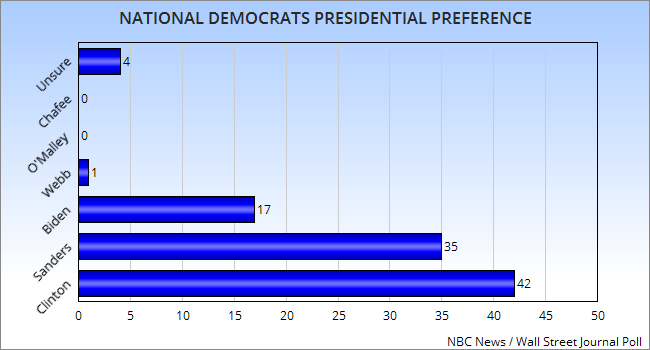 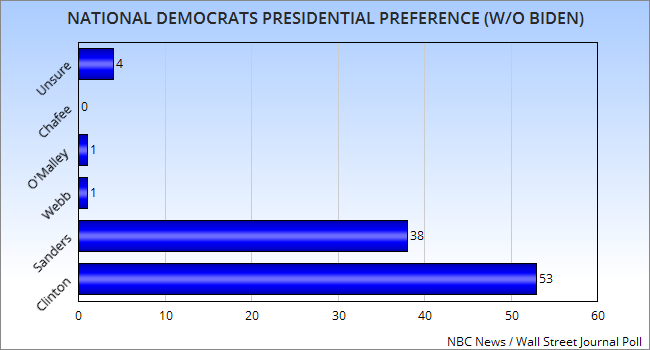