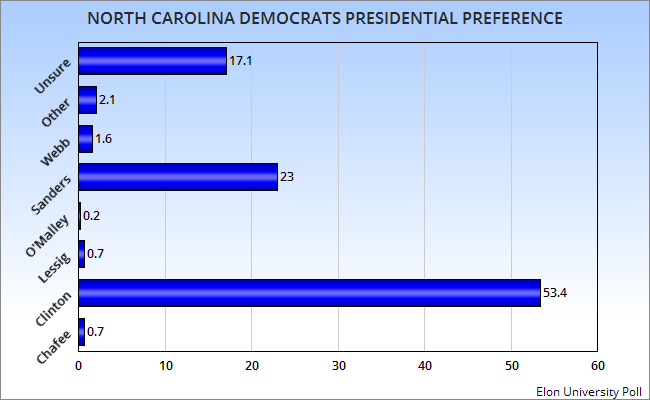 Bernie Sanders is doing very well in New Hampshire -- a small state that borders his home state of Vermont. But he is having difficulty getting traction in other states. I have brought you polls from states like Iowa, New York, South Carolina, Florida, and Texas -- and all of them show Hillary Clinton with a huge lead in the Democratic race.

Now we have a new state reporting -- North Carolina. And again, the results show Hillary Clinton with a large lead -- about 30.4 points over Sanders (53.4% to 23%). That's with Biden in the race. If he doesn't enter, Clinton's majority would be even bigger. 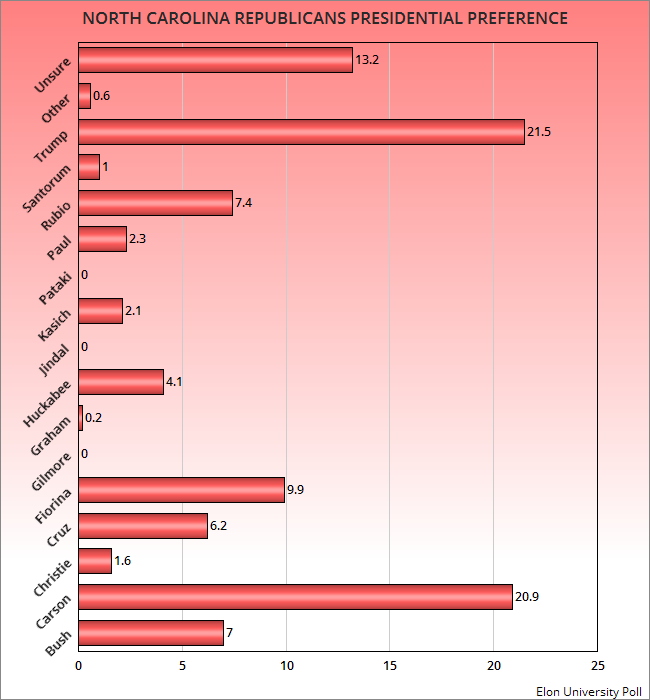