Clinton Maintains Her Big Lead After The Democratic Debate 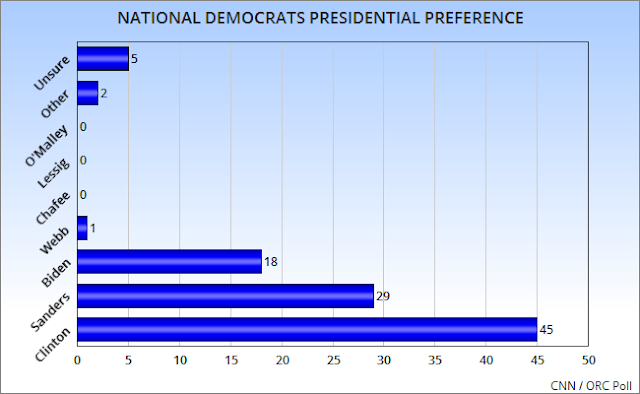 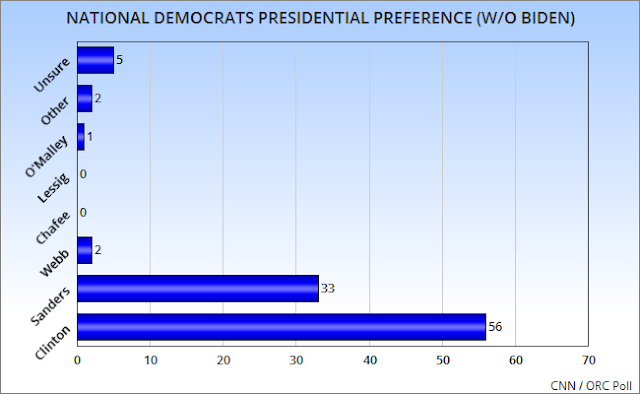 Bernie Sanders' supporters knew their candidate trailed significantly in all the polls -- and they were counting on him to wow Democrats in the debate and close that gap. That did not happen. Sanders performed well in the debate, but so did Hillary Clinton -- and the result was that the race stays just about the same after the debate as it was before.

The charts above show the result of a new CNN / ORC Poll -- done after the debate (October 14-17) of a random national sample of 425 registered Democrats, with a margin of error of 5 points.

Hillary Clinton still has a significant 16 point lead over Bernie Sanders (45% to 29%) -- and if you take Joe Biden out of the mix, that lead grows to 23 points (56% to 33%). Those are very similar to the pre-debate gaps (well within the margin of error).

There are still five more debates, but I doubt they will change this race much. Clinton is just a better debater than the Sanders supporters were hoping for.
Posted by Ted McLaughlin at 12:08 AM