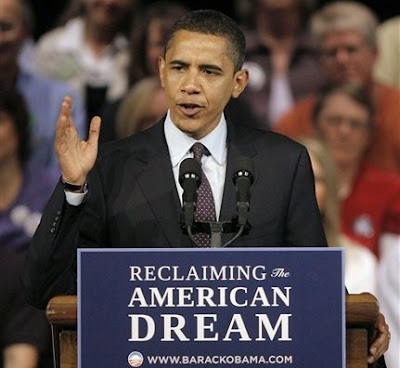 The 2008 Democratic campaign for the presidential nomination is finally nearing its end. It now looks like Barack Obama will have the votes necessary to assure his nomination by June 3rd. Tomorrow, the states of Oregon and Kentucky will choose how to apportion their delegates. It is expected that Obama will easily carry the day in Oregon.
Clinton did very well in West Virginia, and it is expected she will also get a majority of the vote in Kentucky. She is currently leading in the polls in Kentucky. But in a strage twist, she doesn't lead Kentucky in all catagories.
Obama leads the state in the amount of political contributions received. He has received a total of $847,405. That is more money than Clinton and McCain together have received. Clinton has received $625,976 and McCain has received about $170,000.
As in other states, it looks like Obama is appealing to new and independent voters. Many of his contributors are people who have never contributed to a political campaign before. They view his candidacy as inspiring.
Clinton may well carry Kentucky tomorrow, but it will not be by the huge margin she carried West Virginia, and it will be nullified by Oregon. Tuesday will put Obama within double digits of the nomination.
Posted by Ted McLaughlin at 12:03 AM