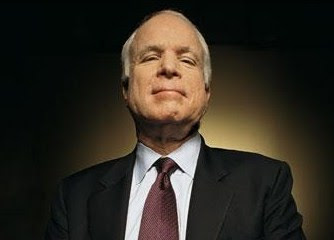 For weeks now, I've been hearing the mainstream media rave on about how McCain's strength in the coming election is his foreign policy experience and expertise. Somehow they've looked at his military experience, his many years in the Senate and a few trips to Iraq, and decided he must be an expert in foriegn policy. But after watching him make several foreign policy blunders, I have serious doubts.
Take for instance his statements on his recent trip to Iraq. McCain told newsmen that Iran was supplying arms and aid to al-Queda. Even after being corrected by his buddy Joe Lieberman, McCain made the same mistake later. At the time, it was just labeled as a misstatement or a "senior moment".
But this was a mistake that someone who really understood what was going on in Iraq should not have made. There is no way that Iran would ever help al-Queda. That is because Iran is ruled by Shiites, and al-Queda is composed of Sunnis. The Shiites and the Sunnis do not get along at all. Iran may have been helping some Shiite insurgency groups in Iraq, but they would not arm their enemies -- the Sunnis.
On Monday, he again made a serious mistake on the campaign trail. He told a group that he was worried about Russia cutting off oil exports to Czechoslovakia because they had signed an agreement with us. Yesterday, he made the same mistake again.
Evidently, he doesn't know that the country of Czechoslovakia has not existed for at least 15 years. In January of 1993, that country split into two separate countries -- Slovakia and the Czech Republic. It was the Czech Republic with whom the United States recently signed a missle defense agreement.
I don't know whether McCain was having another "senior moment" or whether he just doesn't understand how the world has changed, but either way it shows us that he just doesn't have the foreign police expertise that Republicans and the mainstream media are claiming he has.
Posted by Ted McLaughlin at 12:02 AM