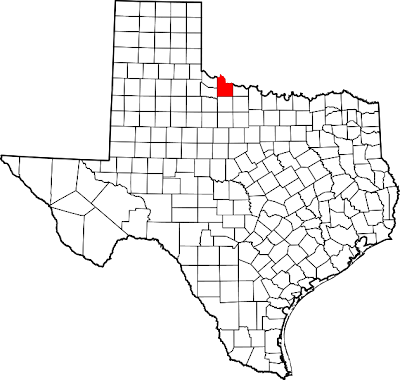 This strikes kind of close to home for me. I grew up in Wilbarger County and attended a small country school there for many years. One of our district rivals was the Harrold School District, located a few miles east of Vernon on Highway 287. This coming school year, the 110-student school will become the first school in the nation to allow its teachers and staff to carry concealed guns.
The school says they are doing it because they are about 30 minutes from the Wilbarger County Sheriff's office. They are also located only a couple of blocks from U.S. 287 which runs from Fort Worth to Amarillo. The district seems to think this puts them at risk, even though there have not been any incidents in the past which would require a weapon-related response.
The school already has several safety features -- access through only one entrance, surveillance cameras and electric locks on the doors. But the superintendent felt they needed even more. He said, "Our philosophy here is to be prepared."
Frankly, I'm not sure this is a good idea. I'm not against responsible gun ownership, but I don't like the idea of minimally-trained people carrying guns in a school -- no matter how well-intentioned. This action may well put young people's lives more in danger rather than less.
School security expert Ken Trump voices some of my concerns when he says, "What are the rules for use of force? Or how about weapons-retention training? Because they could go in to break up a fight in the cafeteria and lose their gun."
"On the surface, it may sound like a solution to a difficult problem of the sheriff being 30 minutes way, but they have taken on a huge responsibility," he continued. "If an accident or an incident occurs, they’re going to have some tough questions to answer."
The superintendent has not said how many or which of the teachers and staff members will be armed. He does not want anyone, including the students, to know that information.
Maybe I'm just getting too old, but it seems to me that we live in sad times when a country school feels like it must arm its teachers.
Posted by Ted McLaughlin at 12:04 AM