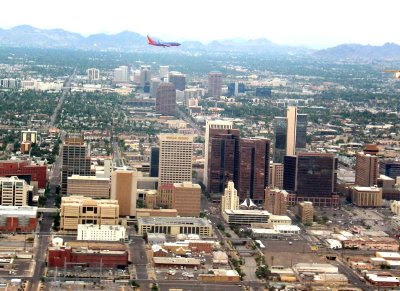 If I lived to be a thousand years old, there are some things I will never understand. Take for example this horrible story -- horrible both for what happened and certain people's reaction to it later.

On July 16 in Phoenix, Arizona, an 8 year-old Liberian-immigrant girl was raped by four Liberian-immigrant boys (ages 9, 10, 13 and 14). She was lured into a shed with promises of chewing gum. Once in the shed, they held her down and took turns assaulting her. Fortunately, her screams were finally heard by nearby officers, who stopped the assault and arrested the boys.

Now the rape was bad enough, but at least the legal system is taking care of that. The 14 year-old is being tried in adult court for kidnapping and sexual assault (and I have no problem with him being tried as an adult). The others have been charged with the same counts in the juvenile system. They all deserve whatever they get.

But perhaps even more horrible is the way the poor 8 year-old's parents reacted to the terrible crime. They are shunning their daughter. The Liberian immigrant family says she has shamed them and they do not want her back. The girl is now in the custody of Arizona CPS.

What the hell kind of reaction is that? How can any parent turn their backs on their 8 year-old child, especially after such a traumatic event? And I don't want to hear anything about social customs. Just listen to what the leader of Liberia has to say about this situation.

President Ellen Johnson-Sirleaf said, "I think that family is wrong. They should help that child who has been traumatised. They too need serious counselling because clearly they are doing something, something that is no longer acceptable in our society here."

This terrible parental behavior is not acceptable in their home country, and it certainly is not acceptable here in America. But there are not going to be any charges against the parents. The Phoenix police said, "They committed no crime. They just didn't support the child, which led to CPS coming over there." Right. They just shunned an 8 YEAR-OLD CHILD!

Right-wingers have been yelling recently about how we should deport immigrants. I don't think I would mind if they started with these parents.
Posted by Ted McLaughlin at 12:06 AM