California To Vote On Legalizing Marijuana 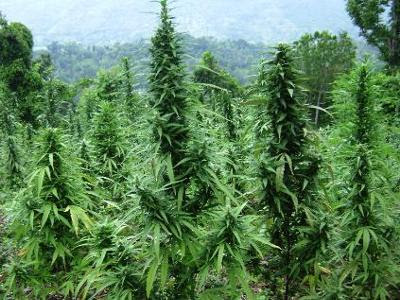 It's official now! California state officials announced yesterday that the initiative to legalize marijuana (the Regulate, Control and Tax Cannabis Act of 2010) has the required number of verified signatures to place it on the ballot this November. The initiative needed 433,971 signatures, and that was exceeded when the verified signatures from Los Angeles county were turned in this week.
If approved in the coming election, the initiative would legalize the possession of up to one ounce of marijuana for people at least 21 years-old. It would also allow adults to grow up to 25 square feet of marijuana per residence or parcel of land. Currently, possession of an ounce or less of marijuana is punishable by a fine of $100 (a misdemeanor).
One of the most interesting aspects of the initiative is that it would allow cities and counties to authorize the cultivation, transportation and sale of marijuana, and to tax that marijuana. In this recession and jobless economy, most government entities are having trouble balancing their budgets, and this could be the idea that pushes the initiative over the top.
There is a real chance the marijuana legalization initiative could be approved by the voters in November. Recent polls have shown that a majority of Californians are in favor of marijuana legalization. It just depends on who shows up at the polls to vote.
This could be a boon for Democrats, because it could draw many young people to the polls (an age group that favors both legalization and Democrats). While huge numbers of young people went to the polls in 2008 to support President Obama, many have been turned off by the tenor of Washington politics and weren't expected to vote this year. This initiative could change that and offset the energized right-wing voters.
It's time for marijuana to be legalized in the United States. Too many lies have been told about the gentle herb, which is not addictive, has no lethal dosage, and has far less (if any) long-term medical problems than many legal drugs (such as tobacco and alcohol). The only reason it has not already been legalized is because the government has repeatedly lied to the American people. These lies allow them to keep soaking taxpayers for millions of dollars in the failed "war on drugs" (which is nothing but a modern version of prohibition).
The nation will be watching California in November. If they do approve the legalization of marijuana, we can expect this to start spreading to other states. Whatever happens, the vote will probably be close. For now, we'll just have to cross our fingers and wait to see what happens.
Posted by Ted McLaughlin at 12:04 AM