Early Voting Down In Amarillo & Statewide 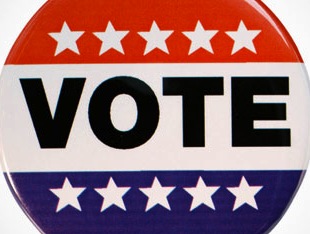 Texas was originally supposed to be one of the states that held its primary on Super Tuesday (back in March of this year). But that was before the Republican-dominated legislature tried to steal all of the four new congressional districts for white Republicans. The new districts were granted because of population growth in the state, but the Republican gerrymandering ignored the fact that most of the population growth was from Hispanics (meaning they should have had at least two, and probably three of the new seats).

This caused a court fight, the redrawing of district lines by a court (at least for this election), and the delay of the primary by nearly three months. Officials of both political parties were afraid that the delay in holding the primary would cause less people to vote in the primary -- and it looks their fears are coming true. The presidential nominees are set for both parties, and although there are contests in both parties for the open senate seat, it doesn't look like those contests have excited many voters.

The early voting totals here in Amarillo (Potter and Randall counties) are down significantly. Only 5,136 people voted early in Randall County (about 6.74% of the 76,200 registered voters). In Potter County, only 2,006 people voted early (about 3.96% of the 50,605 registered voters). Those totals are significantly lower than early voting for the last presidential primary year of 2008. And they are even lower than the early voting totals for the off-year election primaries in 2010.

To show you how pitiful that statewide turnout is, there were 1,193,526 early voters in 2008 (about 15.27% of all registered voters). The statewide totals are only slightly ahead of the 491,116 early voters in the off-year election primary of 2010 (about 6.01% of registered voters). It looks like the lack of a presidential contest in either political party (and the lack of voter interest in the senate contests) are resulting in a primary where only the die-hard adherents of both parties are voting.

There is always the possibility that the vote will pick up on primary day (May 29th), but I wouldn't bet any money on it. The long delay in holding the primary has put a real kink in voter turnout.
Posted by Ted McLaughlin at 12:06 AM