Gun Bill Will Get A Vote In The Senate ! 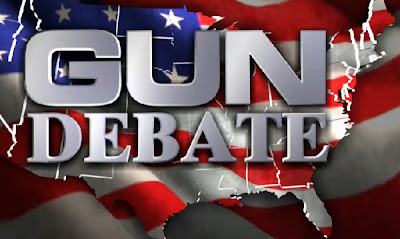 Majority Leader Reid (Nevada) followed through on his promise to hold a cloture vote to stop the Republican filibuster of the gun bill in the Senate -- and he won this round. The vote easily passed the 60 vote majority needed to end the filibuster, which means the bill (which closes many loopholes in the background checks for those trying to buy a gun, and increases federal penalties for trafficking in firearms) will now come to the Senate floor for debate --  and hopefully a vote (unless the Republicans mount a new filibuster preventing that).

The two Democrats who showed their political cowardice and opposition to the wishes of 9 out of 10 Americans were Begich (Alaska) and Pryor (Arkansas). All other Democrats and Independents voted with the sixteen Republicans listed above. The 66 senators (of both parties) are to be congratulated for their vote to at least allow the bill to be debated and probably amended.

Weinstein (California) will introduce an amendment to include a ban on assault weapons (which will probably be defeated), and Manchin (West Virginia) & Toomey (Pennsylvania) will put forth an amendment exempting private citizens from having to do background checks when they sell a weapon (unless they do it on the internet or through a gun show). The Manchin-Toomey amendment is likely to pass.

This vote does not mean that a gun bill will pass in the Senate this year. But I do think it is now likely that a watered-down bill has a good chance of passing. It's a different story over in the House of Representatives. Forty right-wingers have appealed to Speaker Boehner to refuse to allow any Senate-passed gun bill to even be debated or voted on -- and Boehner might just do that. He is saying he hasn't made up his mind. But if the bill is allowed to be voted on, it has a much slimmer chance of passing the GOP-controlled House.
Posted by Ted McLaughlin at 12:04 AM