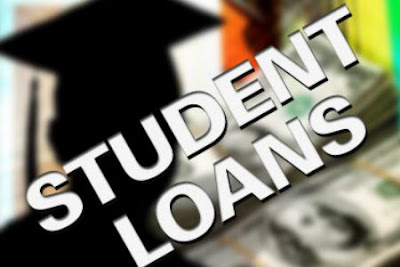 Once again, the House Republicans have shown that they simply do not care for Americans trying to better themselves and work their way out of the hole the GOP's trickle-down policies have put them in. They are quick to create new government giveaways for the rich and the corporations, but continue to throw roadblocks in the way for hurting Americans.

This time it's concerning college students -- those students who do not have the money to pay out-of-hand for college, so must borrow the money to get an education. It is already a travesty that a college education has been priced out of the range of even middle class students (and way out of the range of poor students, for whom it could be their path out of poverty). These students must borrow the money to get that education, because our government is too cheap to provide it for them (as is done in many other developed countries).

Those other countries know that providing for a student to get a good education is just good economic sense -- because those students, after graduation, will make far more money and pay far more in taxes than they would have done without that education (and that extra tax money would be far more than the amount spent on their education). Sadly, our elected officials cannot look past their political ideology to see this truth.

On July 1, student loan rates were set to rise from 3.4% (a rate already too high) to a staggering 6.8%. This doubling of the interest rate would do nothing but make it harder for graduates to repay those loans, and stunt their efforts to get ahead and create a good life for themselves and their families. But that ridiculous rise in student interest rates was not good enough for the congressional Republicans. They want them to pay even more.

The GOP-controlled House of Representatives has now passed a bill that would raise interest rates for loans to undergraduates to 8.5%, and loans to graduate students to 10.5%. Speaker Boehner praised the Republican bill saying it "will make paying for college easier and fairer for students". The man is either a liar or a complete and utter idiot (or both). How does raising the interest rates that students will have to pay upon graduation make anything "easier and fairer"?

The only good thing in this whole mess is that President Obama has threatened to veto the unfair student loan bill if it makes it to his desk. I hope he has the political courage to follow through on that promise. Students are having a hard enough time paying for their education. They certainly don't need the government to make it any harder.
Posted by Ted McLaughlin at 12:04 AM