GOP Austerity Is Hurting The Economy 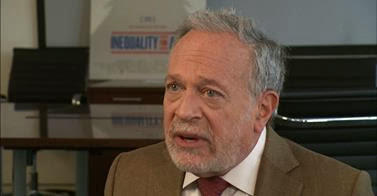 If Republicans in Congress fail to act soon (don’t hold your breath), 1.3 million jobless Americans will lose unemployment benefits for the remainder of the year and through much of January. (If they don't act in early January, add an additional 850,000 without benefits.) This, on top of an additional cut in food stamps, will push more people into poverty. It will also push the economy into a deeper slump because that many more Americans won’t have money to buy what the economy is capable of producing. And that, in turn, means more people will lose their jobs. Republicans are convinced the unemployed are lazy. The reality is there is still only one job opening for every three who need a job, over 4 million people have been jobless for more than six months, and a big reason for the continued jobs crisis is Republican determination to pursue austerity economics and cut the deficit when that’s precisely the wrong medicine for an economy still in the pull of recession. Are Republicans motivated by social Darwinism, racism, or plain ignorance?

The photo and quote above are both from the Facebook page of former Secretary of Labor Robert Reich. And I agree with his assessment. Reich and Paul Krugman are the most intelligent voices speaking out on our economic woes.
Posted by Ted McLaughlin at 12:02 AM