Public Is Not Happy W/Country's Direction 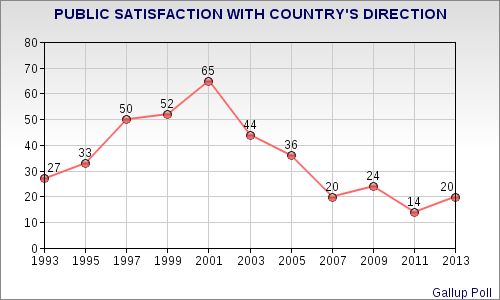 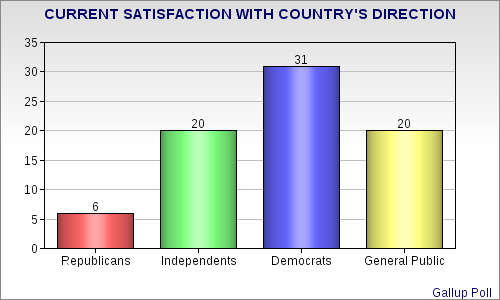 This is from a recent Gallup Poll (taken between November 7th and 10th of 1,039 nationwide adults, with a 4 point margin of error). It should come as no surprise to anyone that most Americans (about 4 out of 5) are not satisfied with the direction of this country. That's not as low as it was in 2011, but it's still far lower than it has been historically. People are angry with the Washington politicians (especially the Republicans) because they seem far more interested in arguing about ideology and passing blame than they do about fixing the economy. The general public wants to see some cooperation and compromise for the good of the country -- and for the politicians to consider all Americans to be as important as the rich and the corporations.
Posted by Ted McLaughlin at 12:00 AM