The photo below is from the convention floor in Dallas. There were approximately 8,000 delegates, alternates, and guests that came to the convention this year. And the convention went pretty smoothly. I think everyone is pretty happy with our statewide candidates.

Gilberto Hinojosa easily won re-election as the chairman of the state party (even though I didn't vote for him). He's only been chairman for two years, so he's still sort of in his "honeymoon" phase. Whether he'll get a third term depends a lot on what happens in Novenmber. If the Democrats lose as badly as they did the last few years, he could be tossed out. But if they win, he could be chairman for a very long time.

I served on the Rules Committee this year. We argued for several hours over some pretty trivial stuff, but we did make sure one thing I wanted to see got done. We kept the new rules that precinct conventions are no longer held on primary night, but everyone who votes in the Democratic primary gets to go to the county or senatorial district convention. This change made a lot of sense to me, and I was happy that the delegates voted to keep it.

Now the only important thing left is the after-party. After all, that's why a lot of people came -- to party. 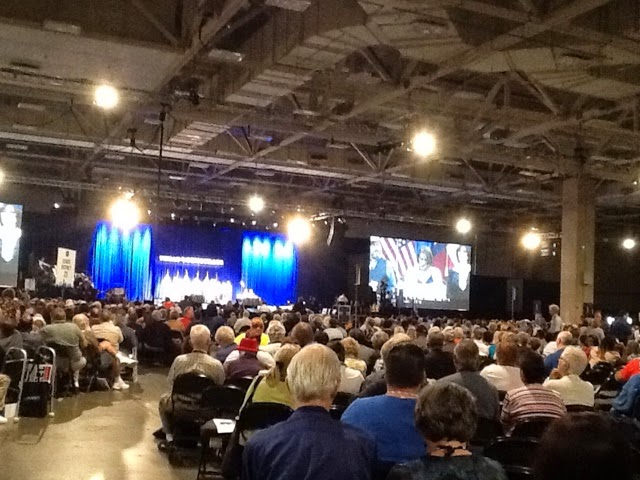