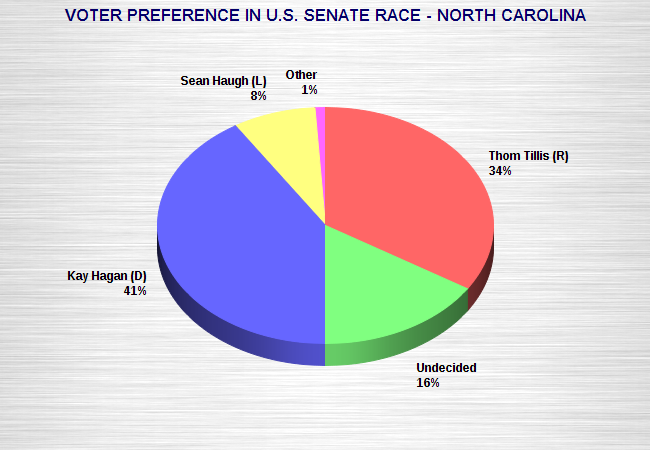 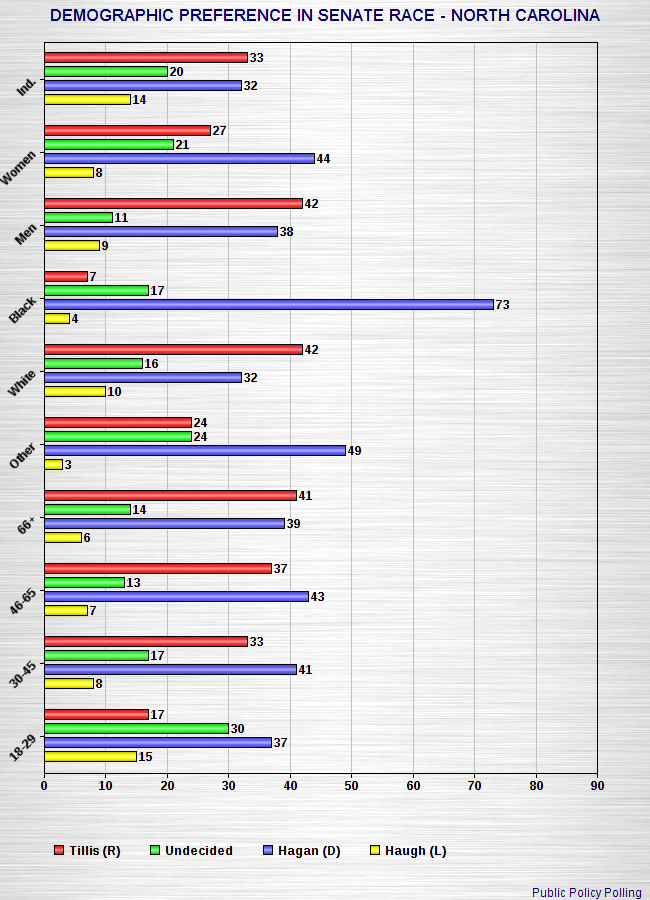 A few months ago it looked like Democratic incumbent Senator Kay Hagan might be in trouble in North Carolina. In May, Hagan led by only 2 points -- which is a dead heat since the margin of error was more than that. By June, she had posted a lead of 5 points (which exceeded that margin of error) -- and in the latest poll taken in North Caroline, she has extended her lead to 7 points (41% to 34%). It's starting to look like North Carolina may not be the opportunity that Republicans once thought it was.

Hagan leads among women, Blacks, other races, and all age groups under 66. Independents and those over 66 are within the margin of error. The only groups giving Tillis a significant advantage are Whites (by 10 points) and men (by 4 points).

These charts were made from a recent survey done by Public Policy Polling. The survey was done between July 17th and 20th of a random sample of 1,062 North Carolina voters, and has a 3 point margin of error.
Posted by Ted McLaughlin at 12:04 AM