Americans Are Ready For Normal Relations With Cuba 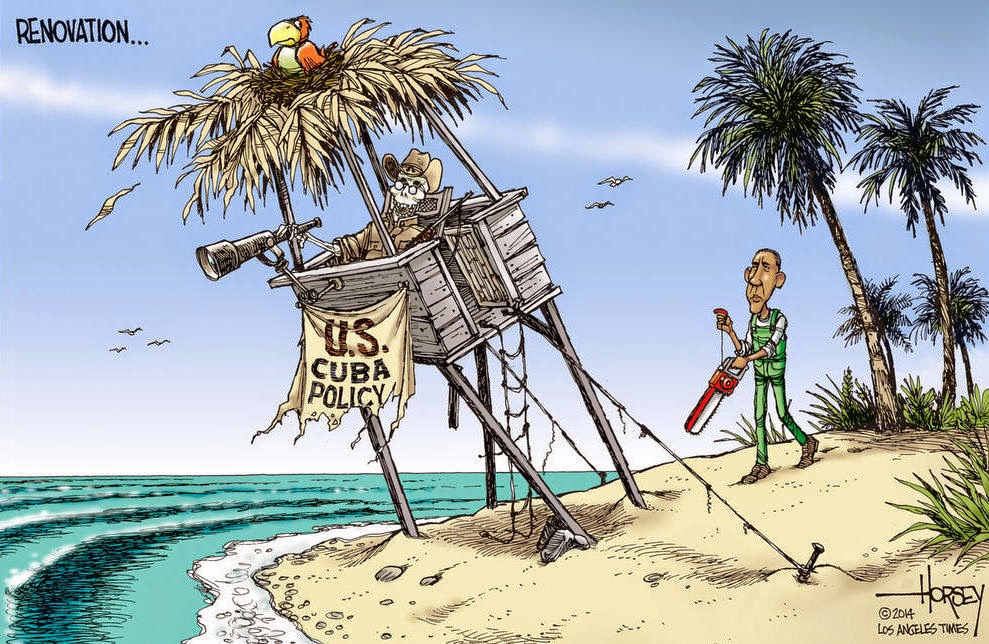 (The cartoon image above is by David Horsey in the Los Angeles Times.)

A few days ago, President Obama announced he would be normalizing diplomatic relations with Cuba, and easing travel restrictions a bit (although most Americans would still be forbidden to travel their). He also asked Congress to consider lifting the trade embargo that has been in effect for over 50 year (and accomplished nothing).

In Congress, Democrats applauded the president's decision and Republicans opposed it. But the real question was -- what do the American people think? Last week I showed you the results of three recent polls -- polls that showed most Americans want normal relations with Cuba (and want the embargo lifted). They were the CBS News Poll, the Rasmussen Poll, and the CNN/ORC Poll.

Now there is a fourth survey (see charts below) that verifies what the other three polls have shown. It is the YouGov Poll done between December 20th and 22nd of a random national sample of 1,000 adults, with about a 4 point margin of error. It shows that half of Americans (49%) want to normalize diplomatic relations with Cuba, while on 24% do not. And 55% majorities want to end the trade embargo and let all Americans travel to Cuba, while only 25% and 26% respectively do not.

Our policy toward Cuba has long needed changing (as the rest of the world has already done). Finally, that change has been started. If Congress was smart, they would now finish the job. They won't though. They are too afraid their teabagger base would think they agree with the president on something. 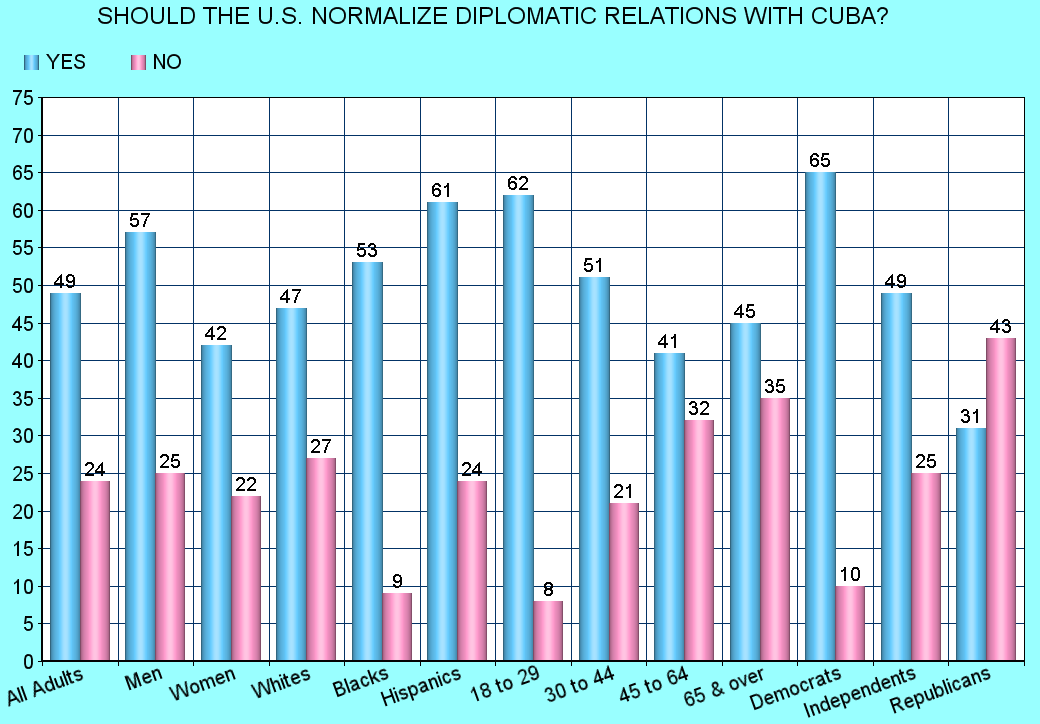 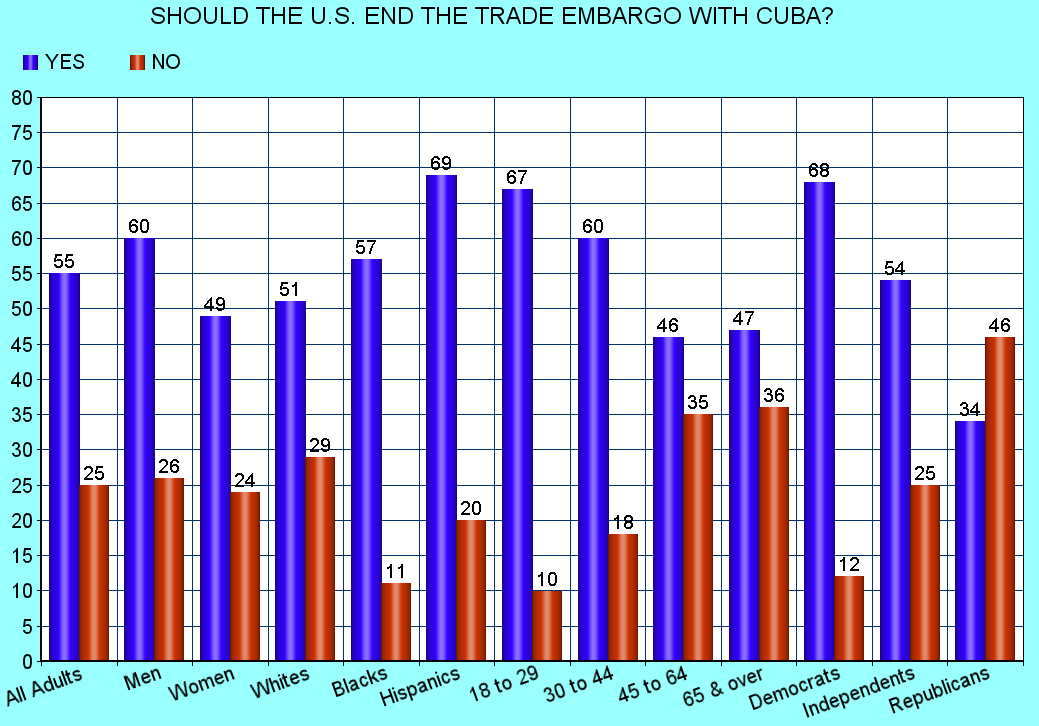 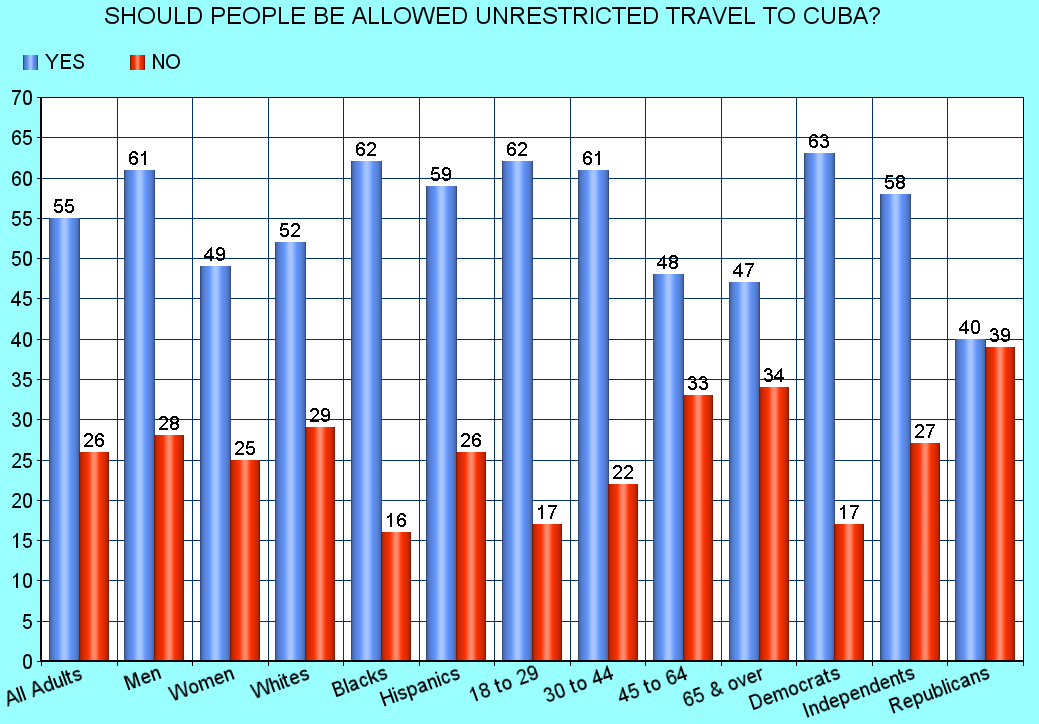