Palin Tops Herself With Her Newest "Word Salad" 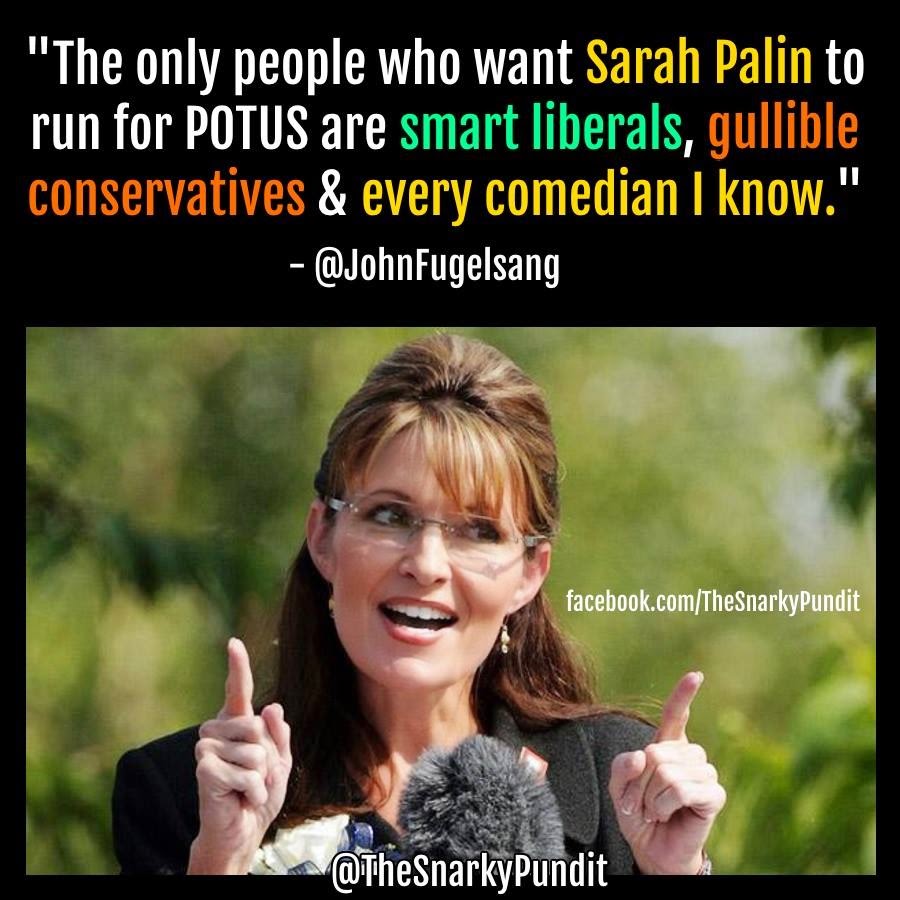 Sarah Palin is once again making noises like she wants to run for the Republican nomination for president, and to further that ambition, she spoke to the right-wing Iowa Freedom Summit in Des Moines last Saturday. But Palin, who is famous for her "word salads", topped even her previous efforts and left everyone confused as to just what the hell she was talking about.

I don't know if she was drunk, high, or just incredibly stupid, but I hope she does get in the race for the GOP nomination. Her inclusion in the Republican field of candidates would taint the whole group, and help expose them for the buffoons they really are. Here is an excerpt from her Iowa speech:

"Things must change for our government. Look at it. It isn’t too big to fail. It’s too big to succeed! It's too big to succeed, so we can afford no retreads or nothing will change with the same people and same policies that got us into the status quo. Another Latin word, status quo, and it stands for, ‘Man, the middle-class everyday Americans are really gettin’ taken for a ride.’ That's status quo, and GOP leaders, by the way, y'know the man can only ride ya when your back is bent. So strengthen it. Then the man can't ride ya, America won't be taken for a ride, because so much is at stake and we can't afford politicians playing games like nothing more is at stake than, oh, maybe just the next standing of theirs in the next election."
Posted by Ted McLaughlin at 12:04 AM