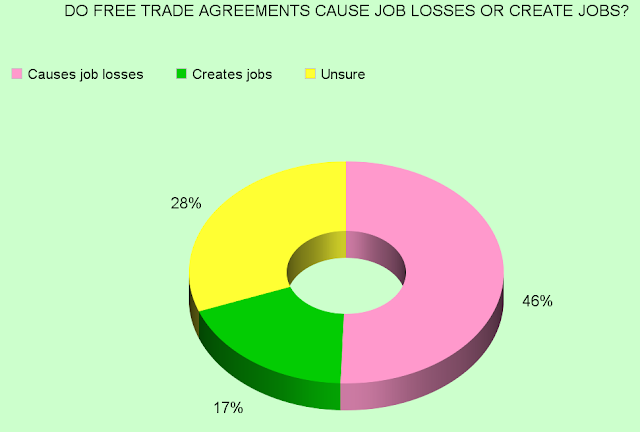 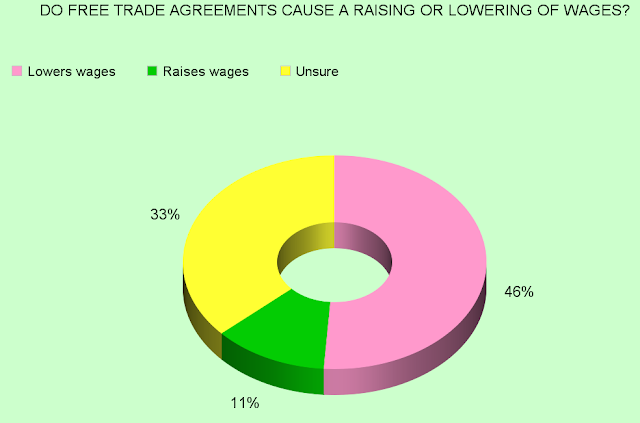 President Obama is currently negotiating a free trade agreement with Pacific nations -- the Trans-pacific Partnership (TPP). I think this is a bad deal for Americans, especially American workers. Just like other free trade agreements (NAFTA, CAFTA, etc.), this agreement will encourage the offshoring of U.S. jobs and result in a further downward pressure on worker wages in the United States.

And it seems that a significant number of Americans agree with me about jobs and wages 9see the charts above). All of the charts on this page were made from a new survey by the Pew Research Center. They questioned a random national sample of 2,002 adults between May12th and 18th (and the survey had a margin of error of 2.5 points). Note that 46% said free trade agreements costs this country jobs, while only 28% said they create jobs. And a similar 46% said they result in lower wages for U.S. workers, while only 33% said they raise wages. 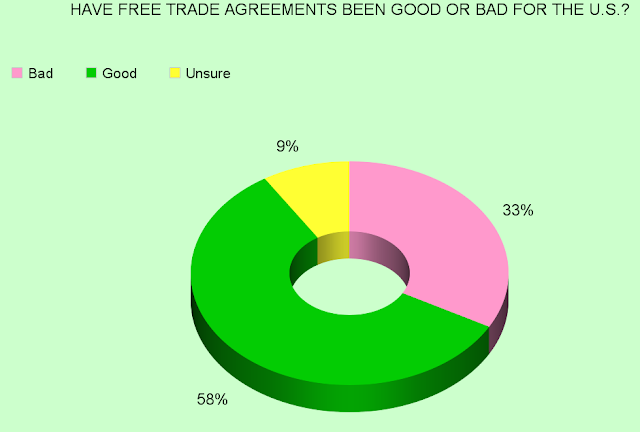 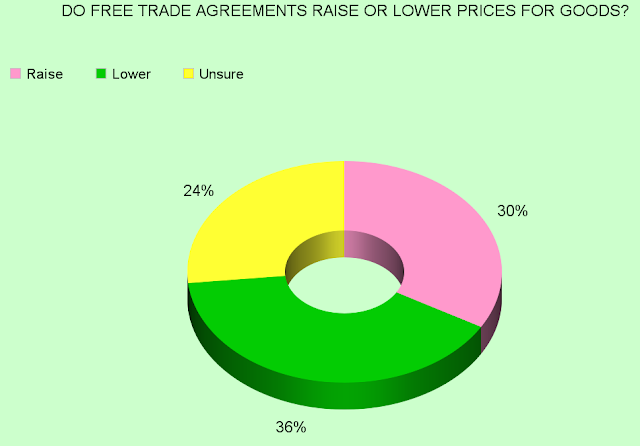