Nearly 3 Out Of 4 Oppose A New Government Shutdown 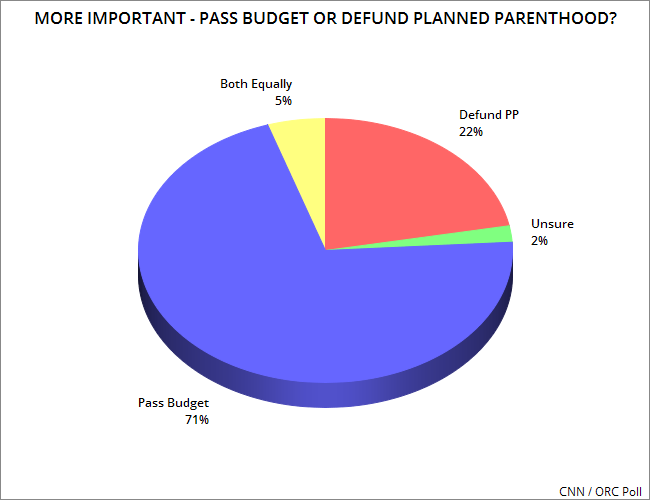 The federal government's fiscal year ends on September 30th. That means Congress has two weeks to pass a new budget, or the government will once again be shut down. And right now, it is looking like a shutdown is likely to happen. Both Boehner and McConnell, the GOP leaders of the House and Senate, have said they don't want another shutdown. They know that the GOP was mainly blamed for the last one.

But they have right-wing extremists in their party who disagree. And the worst of these is Ted Cruz (who would love to cause a government shutdown to appease the teabagger base of the GOP, and give his presidential campaign a boost). And the issue he has chosen is the complete defunding of Planned Parenthood. He (and the other extremists) know that it's already federal law that no government money can be used to fund abortions, but they don't seem to care. They know their base hates Planned Parenthood (in spite of all the health services for women that PP provides), so they are willing to shut down the government to increase their own political chances.

But they are playing a very dangerous game. While shutting down the government over this issue might play well to their ignorant base, it will not please most American voters -- and it could hurt their party when the general election comes around in 2016. Americans didn't like the last government shutdown, and they don't want to see another one.

As the chart above shows, nearly a quarter of the population (71%) say passing a budget is much more important than defunding Planned Parenthood. They don't think this issue is important enough to shut down the government over.

The chart above is from a recent CNN / ORC Poll -- done between September 4th and 8th of a random national sample of 1,012 adults, with a 3 point margin of error.

The chart below gives a demographic breakdown of the survey. Note that huge majorities of every group (except Republicans) say a government shutdown should be avoided -- and even 48% of Republicans believe that (while 44% would support a shutdown to defund Planned Parenthood). Once again, the congressional Republicans seem to be going against the wishes of the American people. 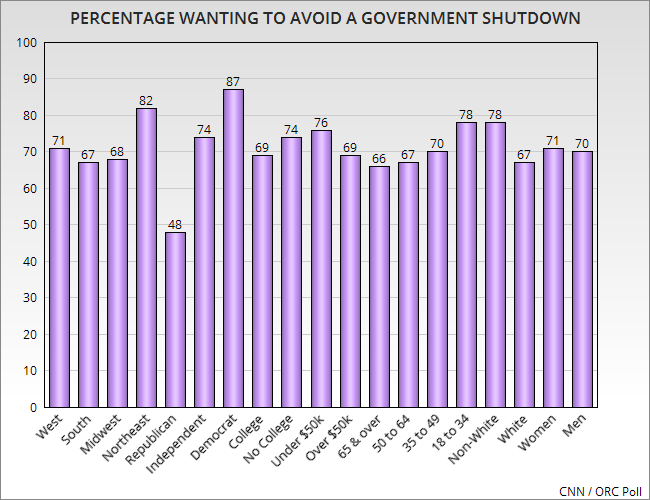