Two new state polls have been released on the presidential race.

The first is the Public Policy Polling survey -- done between October 23rd and 25th of a random sample of North Carolina voters -- 425 Republican voters and 421 Democratic voters. The margin of error for both parties was 4.8 points.

The second is the Clemson University Palmetto Poll -- done between October 13th and 23rd of 600 South Carolina voters in each party, and has a margin of error of 4 points.

Both of these Southern states have Hillary Clinton with a substantial lead over Bernie Sanders (her closest opponent -- 37 points in North Carolina and and an equal 37 points in South Carolina. South Carolina does show a substantial percentage of voters that are currently unsure, but that doesn't denigrate Clinton's huge lead. She would only need another 8 points to reach a clear majority, while Sanders would need an additional 45 points. Clinton already has a 61% majority in North Carolina. 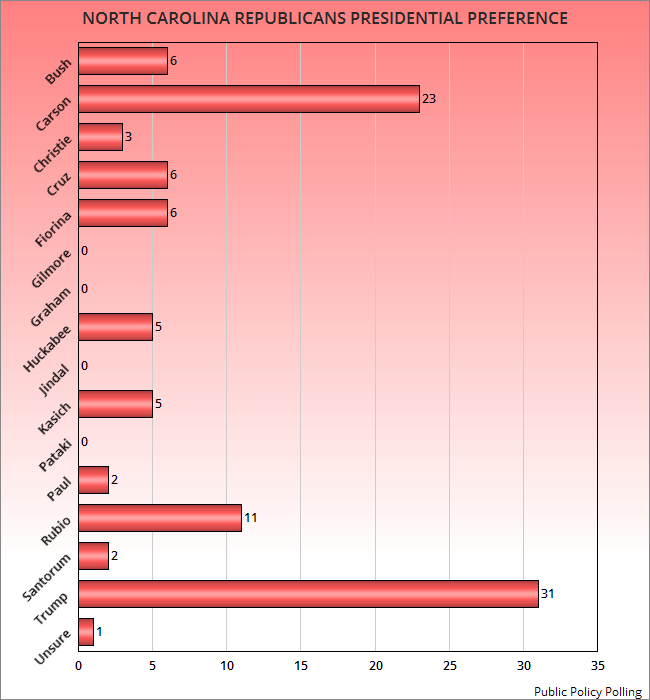 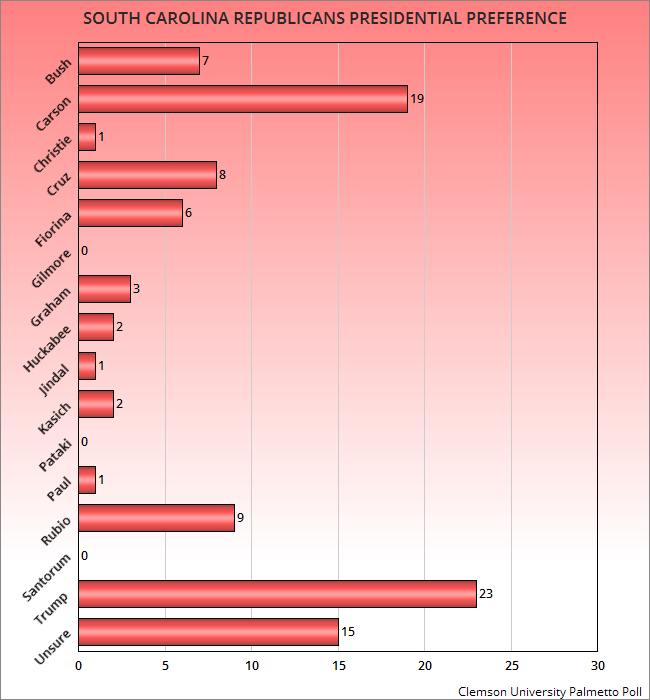