Trump And Carson Each Lead In Dueling National Polls 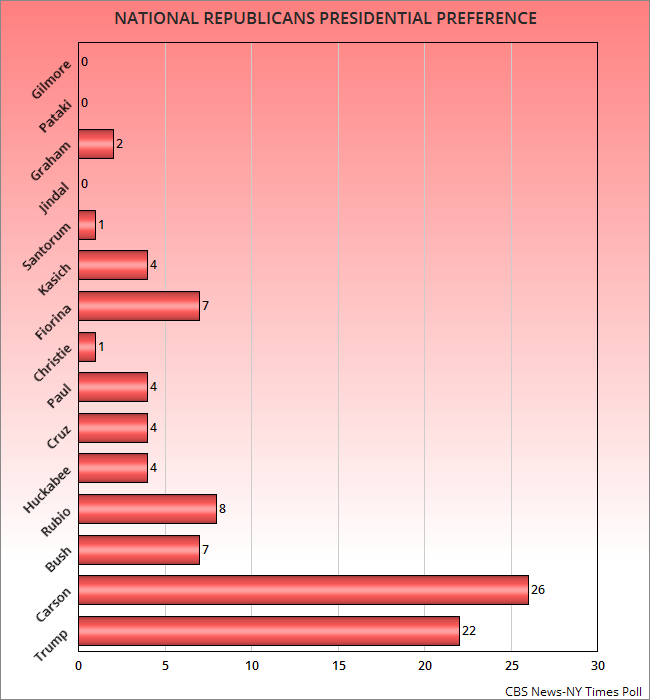 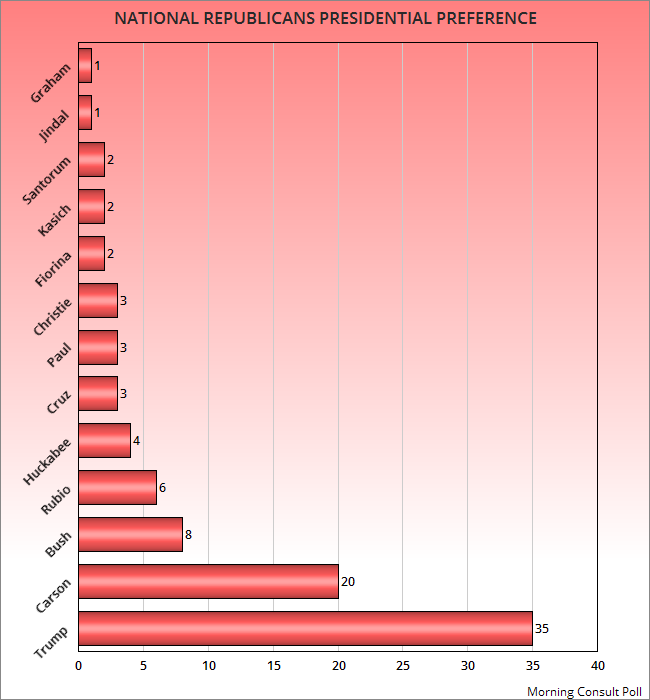 The top chart is from the CBS News / New York Times Poll -- done between October 21st and 25th of a random national sample of 575 Republican primary voters, with a margin of error of 6 points.

It looks like the Republican presidential race could be getting interesting. These two polls have different GOP leaders. The Morning Consult Poll has Trump with a 15 point lead nationally, while the CBS/NYT Poll has Carson leading by 4 points. Which is correct? I don't know -- but it could mean that Trump is not the lock that many were beginning to think.

Meanwhile, the survey of Democrats shows Hillary Clinton with a rather large 27 point lead nationally over Bernie Sanders. 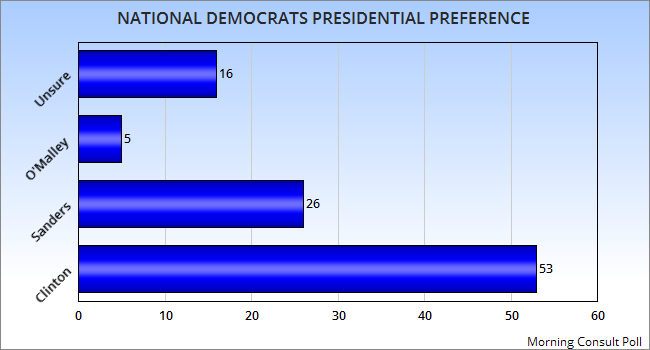