The Misguided Revolt Of The United States Middle Class 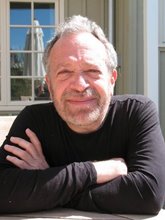 The following post is by Robert Reich (pictured). It's about middle class unhappiness with what has been happening in this country in the last few years. It's an excellent piece, and I urge you to read it.


The great American middle class has become an anxious class – and it’s in revolt.
Before I explain how that revolt is playing out, you need to understand the sources of the anxiety.
Start with the fact that the middle class is shrinking, according to a new Pew survey.
The odds of falling into poverty are frighteningly high, especially for the majority without college degrees.
Two-thirds of Americans are living paycheck to paycheck. Most could lose their jobs at any time.
Many are part of a burgeoning “on-demand” workforce – employed as needed, paid whatever they can get whenever they can get it.
Yet if they don’t keep up with rent or mortgage payments, or can’t pay for groceries or utilities, they’ll lose their footing.
The stress is taking a toll. For the first time in history, the lifespans of middle-class whites are dropping.
According to research by the recent Nobel-prize winning economist, Angus Deaton, and his co-researcher Anne Case, middle-aged white men and women in the United States have been dying earlier.
They’re poisoning themselves with drugs and alcohol, or committing suicide.
The odds of being gunned down in America by a jihadist are far smaller than the odds of such self-inflicted deaths, but the recent tragedy in San Bernadino only heightens an overwhelming sense of arbitrariness and fragility.
The anxious class feels vulnerable to forces over which they have no control. Terrible things happen for no reason.
Yet government can’t be counted on to protect them.
Safety nets are full of holes. Most people who lose their jobs don’t even qualify for unemployment insurance.
Government won’t protect their jobs from being outsourced to Asia or being taken by a worker here illegally.
Government can’t even protect them from evil people with guns or bombs. Which is why the anxious class is arming itself, buying guns at a record rate.
They view government as not so much incompetent as not giving a damn. It’s working for the big guys and fat cats – the crony capitalists who bankroll candidates and get special favors in return.
When I visited so-called “red” states this fall, I kept hearing angry complaints that government is run by Wall Street bankers who get bailed out after wreaking havoc on the economy, corporate titans who get cheap labor, and billionaires who get tax loopholes.
Last year two highly-respected political scientists, Martin Gilens and Benjamin Page, took a close look at 1,799 policy decisions Congress made over the course of over twenty years, and who influenced those decisions.
Their conclusion: “The preferences of the average American appear to have only a minuscule, near-zero, statistically non-significant impact upon public policy.”
It was only a matter of time before the anxious class would revolt.
They’d support a strongman who’d promise to protect them from all the chaos.
Who’d save jobs from being shipped abroad, slam Wall Street, stick it to China, get rid of people here illegally, and block terrorists from getting into America.
A strongman who’d make America great again – which really means make average working people safe again.
It was a pipe dream, of course – a conjurer’s trick. No single person can do this. The world is far too complex. You can’t build a wall along the Mexican border. You can’t keep out all Muslims. You can’t stop corporations from outsourcing abroad.
Nor should you even try.
Besides, we live in a messy democracy, not a dictatorship.
Still, they think maybe he’s smart enough and tough enough to pull it off. He’s rich. He tells it like it is.
He makes every issue a test of personal strength. He calls himself strong and his adversaries weak.
So what if he’s crude and rude? Maybe that’s what it takes to protect average people in this cruelly precarious world.
For years I’ve heard the rumbles of the anxious class. I’ve listened to their growing anger – in union halls and bars, in coal mines and beauty parlors, on the Main Streets and byways of the washed-out backwaters of America.
I’ve heard their complaints and cynicism, their conspiracy theories and their outrage.
Most are good people, not bigots or racists. They work hard and they have a strong sense of fairness.
But their world has been slowly coming apart. And they’re scared and fed up.
Now someone comes along who’s even more of a bully than those who for years have bullied them economically, politically, and even violently.
The attraction is understandable, even though misguided.
If not Donald Trump, then it will be someone else posing as a strongman. If not this election cycle, it will be the next one.
The revolt of the anxious class has just begun.
Posted by Ted McLaughlin at 12:02 AM