How The Public Views The Major Political Parties 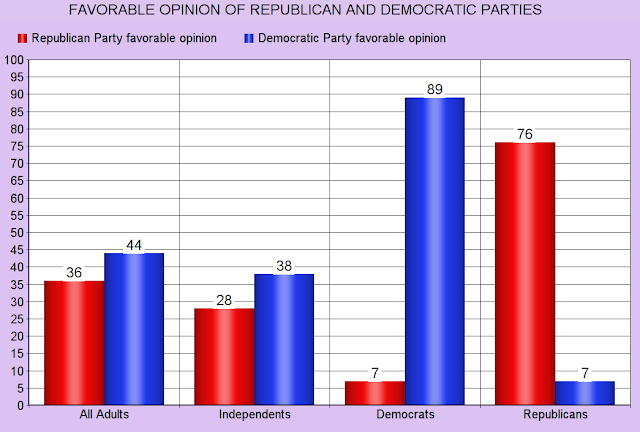 This chart was made from results of a new Gallup Poll -- done between May 18th and 22nd of a random national sample of 1,530 U.S. adults, with a 3 point margin of error.

But the interesting thing to me was how the members of each party viewed their own party. Republicans had a 13 point lower favorable rating of their party (76%) than Democrats did of their party (89%).
Posted by Ted McLaughlin at 12:06 AM