Median Income Rises -- Still Below The Median For 2007 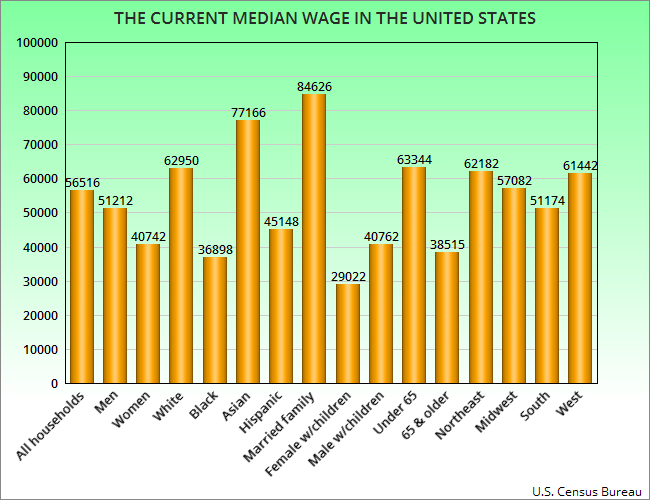 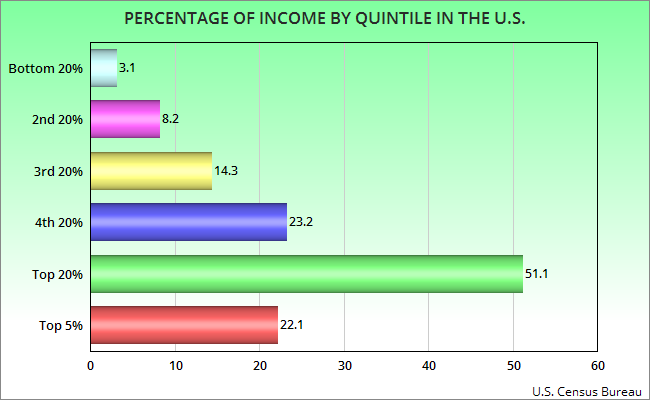 According to the United States Census Bureau, the median income of Americans rose last year -- from $53,718 in 2014 to $56,516 in 2015. That's good news, but not as good as it should be. That median income is still below what it was before the Bush recession.

And that median income is not spread evenly throughout the different demographic groups. While Whites and Asians are above the general median wage, Blacks and Hispanics are well below it. Also below it are single parents with children, women, those over age 65, and those living in the South.

The report also contained a new Gini index -- another way of looking at a nation's inequality, where 0.0 means complete equality and 1.0 means total inequality. The Gini index for the United States is 0.479, which puts us about the middle of the scale -- meaning we are the most unequal developed nation, and more unequal than many developing nations. The Gini index was only 0.001 below the index for 2014 (0.480), which is statistically insignificant -- and shows there has been no real improvement toward income equality.

This distribution of income is not only unfair, it is unsustainable -- and is the reason our economy is just limping alone. In a healthy economy, the income is distributed more evenly, giving the masses more buying power (which increases demand and job creation -- and business profits). If the masses cannot afford anything but necessities (which is becoming more true every day), then a capitalist economy cannot be sustained. And it cannot be fixed by giving more to the rich.

Unfortunately, that's all the Republicans have to offer on the economic front -- more and bigger tax cuts for the rich. They oppose raising the minimum wage, taking tax breaks away that help companies to offshore American jobs, and strengthening unions -- all of which would put more money in the hands of the bottom 80% (the masses that a capitalist economy depends on).

But there is a solution. Hillary Clinton (and the Democrats) want to raise the minimum wage to $12-$15 an hour. That would bring millions out of poverty, increase demand for goods/services (because that new money would be spent). They also want to strengthen unions and take the tax breaks away that companies get for offshoring American jobs. They would also invest in infrastructure, research, and clean energy, which would also boost the economy (and which the GOP opposes).

We can establish a fairer and more robust economy that would benefit all Americans -- but we can't do it as long as the Republicans have veto power. They must be voted out of power in November.
Posted by Ted McLaughlin at 12:08 AM