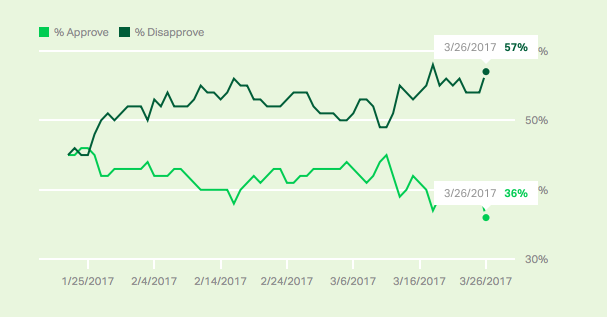 The Gallup Poll does daily tracking of a president's job approval -- questioning about 1,500 individuals. They then post an average of the last three days. The latest 3-day average for Donald Trump was 36% -- a record low for a president still in his first 90 days since Gallup has been doing this tracking.

And it's not just Trump himself that the public disapproves of. A recent Economist YouGov Poll (done between March 19th and 21st of a random national sample of 1,500 adults, with a 3.3 point margin of error) asked respondents if they had a favorable or unfavorable opinion of  six of Trump's closest advisors -- Bannon, Conway, Sessions, Tillerson, Kelly, and Kushner (see chart below). All of them were upside-down in their numbers (meaning they were viewed unfavorably more than favorably). 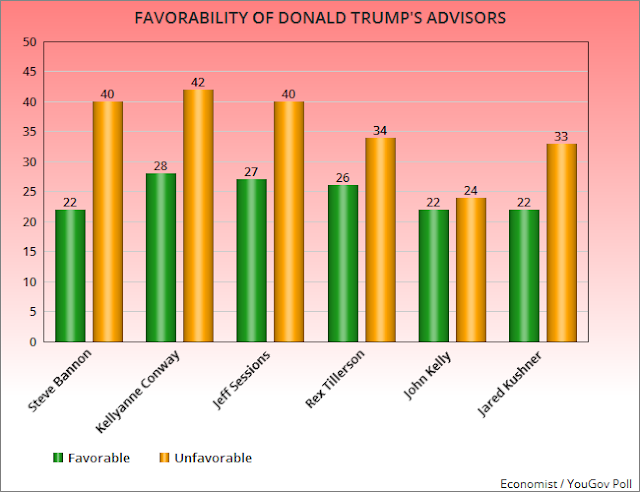