Today Is "Black Women's Equal Pay Day" In The U.S. 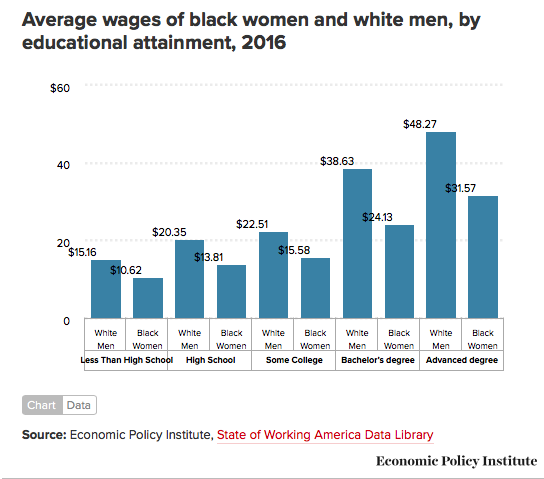 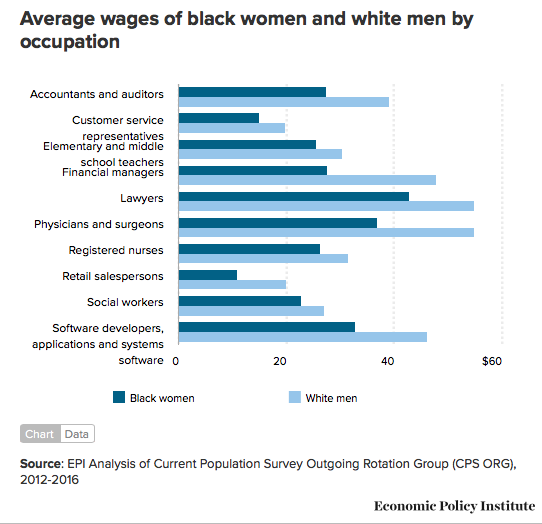 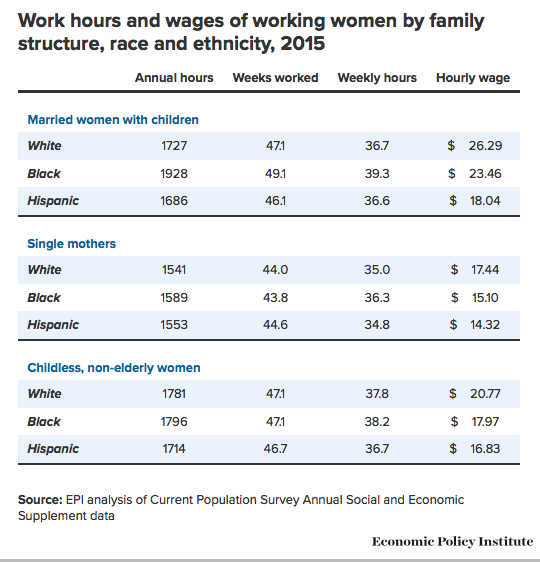 Today is "Black Women's Equal Pay Day". What does that mean? It means that for a Black woman in this country to equal the pay of a White man in 2016, they would have to work all of 2016 and the first seven months of 2017. In other words, it takes a Black woman 19 months to make the same pay that a White man makes in 12 months.

We know that a gender gap exists in this country in pay. Women, in general, simply don't make salaries equal to men -- but Black women do even worse than White women do when it comes to that gender gap in pay. And if you'll not the bottom chart above, Hispanic women do the worst of all, making even less than Black women.

There are those who will tell you the gaps exist because they don't work as hard, don't have the same education, or choose lower paying jobs. Those are all myths (and you can go here for a good discussion of them). The truth is that even when those are accounted for, the wage gap still exists.

Whether our leaders want to admit it or not, and wage gap exists in this country -- and it is due to gender, race, and ethnicity. It shouldn't exist, but it does -- and it's time we did something about it. Anyone who does the work should receive the same pay -- regardless of their gender, race, or ethnicity. Anything less is an abomination in a country that claims to value equality.
Posted by Ted McLaughlin at 12:06 AM