Race Relations Is Still A Big Problem In The United States 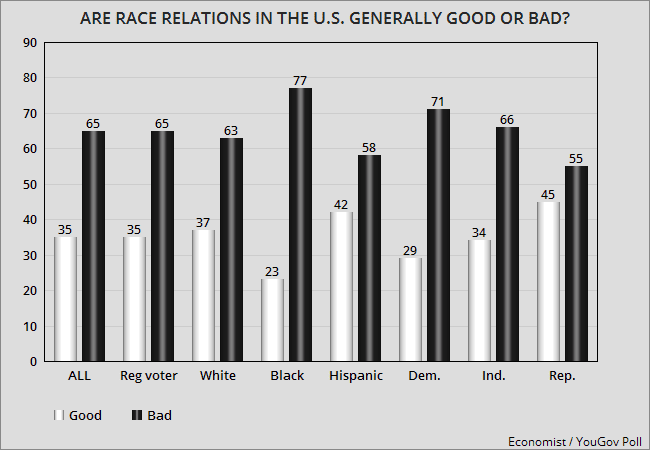 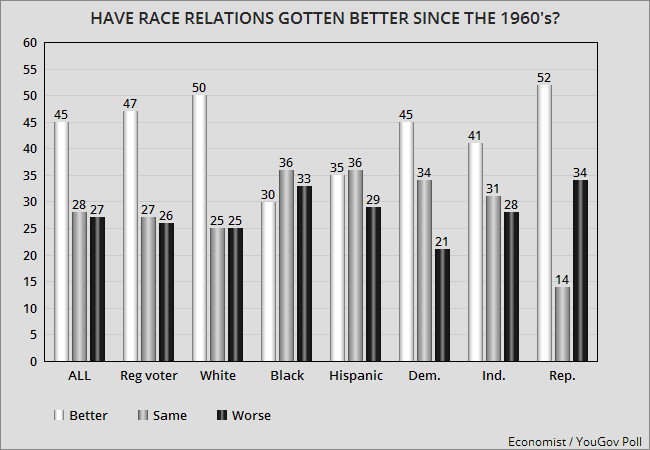 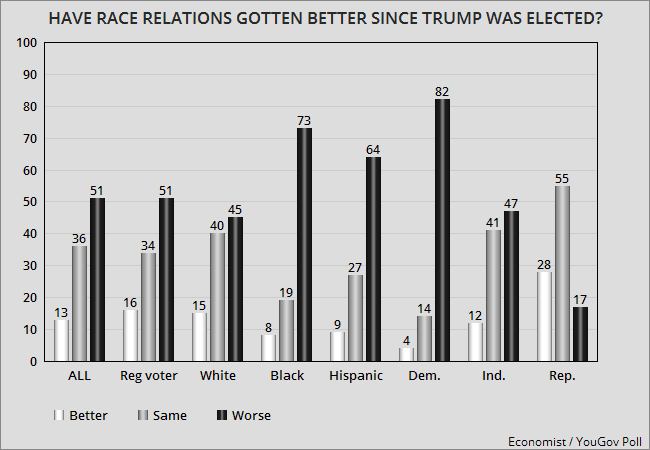 Today marks a holiday dedicated to one of the many civil rights heroes -- Martin Luther King, Jr. (and I believe he would have been the first to say it should be a day in which we honor all of those who put their lives and freedom on the line for civil rights).

I think it is also a day on which we need to examine the problem of race relations in the United States. Have those problems been solved? Has progress been made? Do we still have a serious race problem in this country? According to a new poll, the answers to those questions are "no", "some", and "yes".

The top chart shows that a clear majority of Americans say race relations in this country are bad (65%), while only a minority think they are good (35%) -- a negative gap of 30 points. I would have to agree with that. While the civil rights laws of the 1960's corrected some of the worst problems, it didn't even come close to solving the serious race relations problems in this country. There are far too many racists clinging to their sick views (including our current resident of the White House), and there's still too much racism built into our institutions (judicial, law enforcement, educational, etc.).

The second chart is rather sad. It shows that only a plurality of 45% think race relations have gotten better since the 1960's, while 55% say they have remained the same or gotten worse. We have to do better. An American is an American regardless of skin color or national origin, and all deserve the same rights and opportunities.

Unfortunately, progress will be difficult to make with Trump in the White House. He has made it very clear that he is a racist and a white supremacist. And the public knows it. They believe his actions and words have made race relations worse (51%) instead of better (13%).

I wish I could end this on a positive note, saying we are improving race relations daily, but I don't believe we are. And as long as we have a racist in the White House, it's very doubtful that progress can be made. With the election of Trump, this country took a giant step backwards in race relations.
Posted by Ted McLaughlin at 12:08 AM