There is A Political Shift Toward The Democratic Party 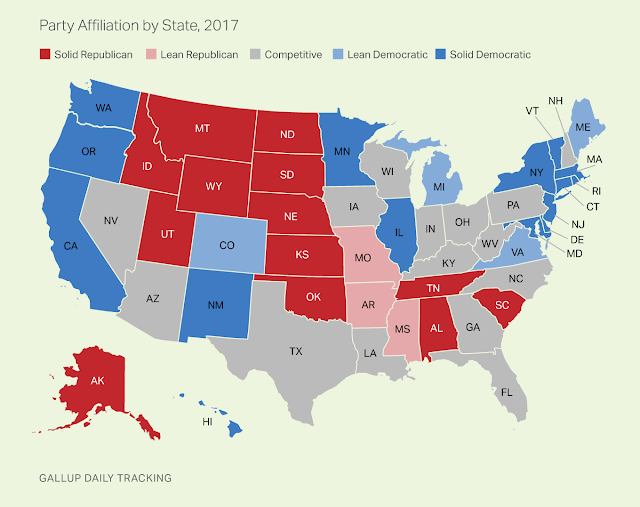 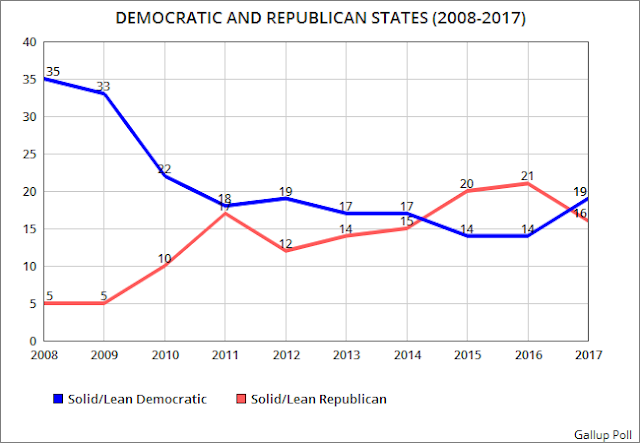 These charts all represent the findings of a recently released Gallup Poll. They questioned 180,106 adults in the 50 states throughout 2017, and their poll has a margin of error of between 3 and 6 points for the individual states.

But the shift in party loyalty among the states is once again moving to favor the Democrats. In 2017, the Democrats took the lead in states once again (19 to 16). Hopefully, that trend will continue in 2018 -- with more competitive states moving into the Democratic column.

The charts below show the most solidly Democratic and Republican states. 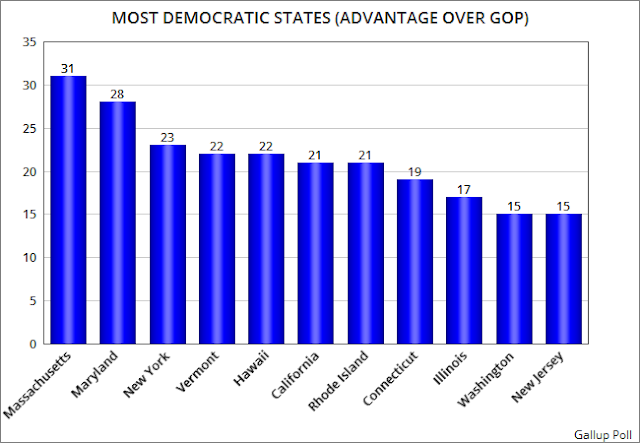 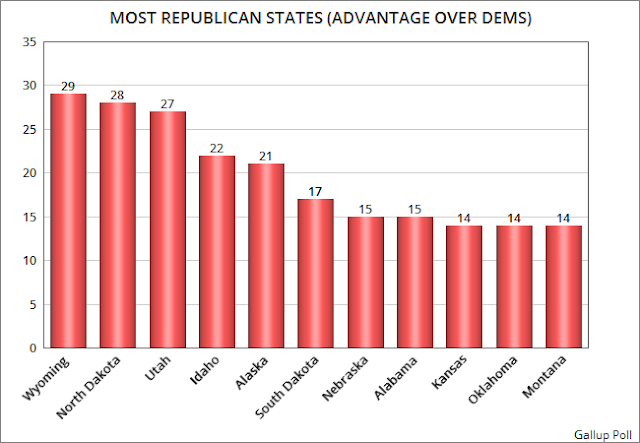