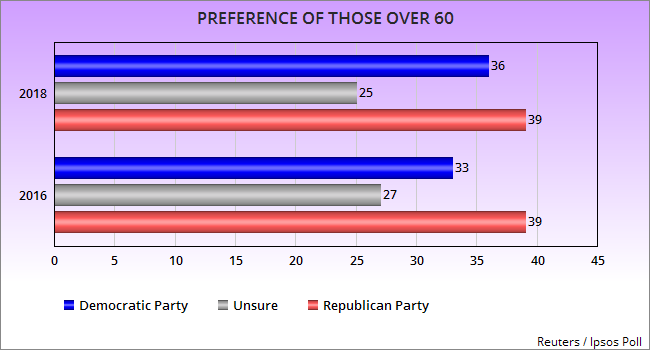 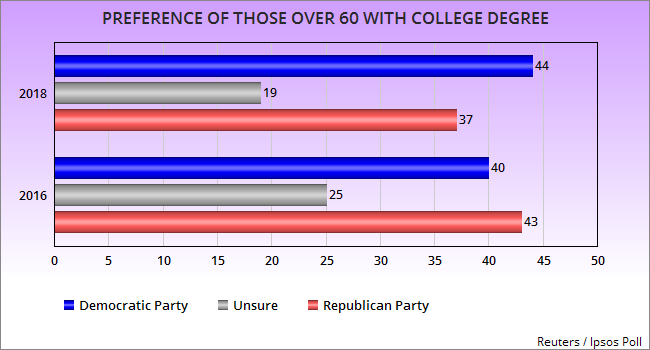 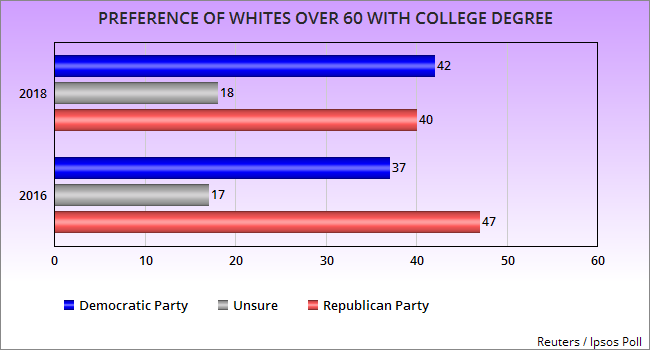 If these results are true (and I have no reason to doubt them), it could be disastrous for Republican candidates in November. To maintain their congressional majority, the Republicans need to have seniors vote for them with a substantial margin. If Democrats can split the senior vote, or come close to doing that, then it would be a great advantage for them -- especially since other groups seem to be energized for the coming election.

These charts contain information in a Reuters / Ipsos Poll that was done in the first three months of both 2016 and 2018. About 15,000 seniors were questioned, which would make the margin of error very small.
Posted by Ted McLaughlin at 12:06 AM